At Plenty of fish blog a new post says: 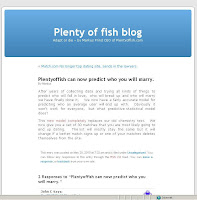 "Plentyoffish can now predict who you will marry.
May 20, 2010 by Markus
After years of collecting data and trying all kinds of things to predict who will fall in love, who will break up and who will marry we have finally done it. We now have a fairly accurate model for predicting who an average user will end up with. Obviously it won’t work for everyone, but what predictive statistical model does?

This new model completely replaces our old chemistry test. We now give you a set of 30 matches that you are most likely going to end up dating. The list will mostly stay the same but it will change if a better match signs up or one of your matches deletes themselves from the site. "
--------------------------------
I had checked this new PlentyOfFish matching algorithm, it does not give you a compatibility percentage any more; and it is still based on a proprietary Big5 model to assess personality traits. 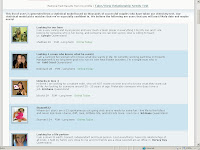 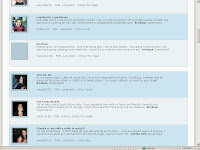 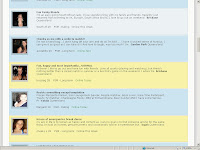 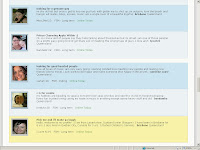 and I had asked:

What is exactly new, different or better in this new approach than what the old one offered?
Which is exactly the range of that new PlentyOfFish matching algorithm?
e.g: In a big database as the one at PlentyOfFish, it shows you 3 women per 10,000 women screened or 30 women per 100,000 women screened. (10 times better than the old algorithm)???
As Marital Stability does not include Marital Satisfaction, a marriage can be stable but miserable. Can you show this new PlentyOfFish matching algorithm can match prospective partners who will have more stable and satisfying relationships than couples matched by chance, astrological destiny, personal preferences, searching on one's own, or other technique as the control group in a peer reviewed Scientific Paper?
Is Dr. James Houran the brain behind this new PlentyOfFish matching algorithm?
If you are so rich, why don't you acquire the license of the 16PF5 normative personality test instead of still using a proprietary Big5 model to assess personality?
WorldWide, there are over 5,000 (five thousand) online dating sites, but no one is using the 16PF5 normative personality test, available in different languages to assess personality of their members, or a propietary test with exactly the same traits of the 16PF5

Mr. Frind (I suppose he is the one who) answered 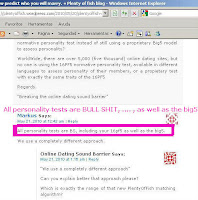 "All personality tests are BS, including your 16pf5 as well as the big5.
We use a completely different approach." 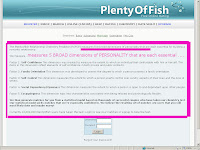 "The Plentyoffish Relationship Chemistry Predictor (POFCP) measures five broad dimensions of personality that are each essential for building a romantic relationship. "

Is it a case of schizophrenia?
Publicado por FERNANDO_ARDENGHI en 12:43 AM