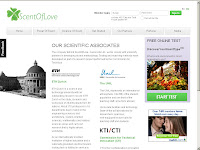 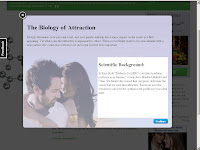 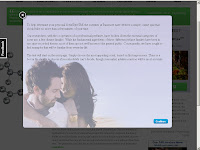 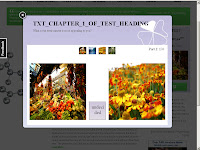 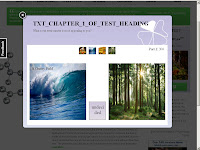 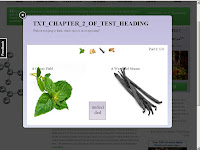 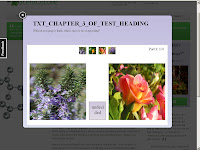 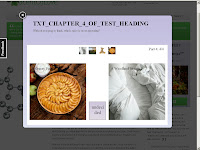 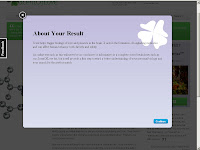 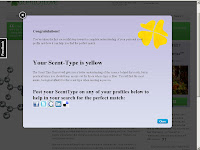 The results can be 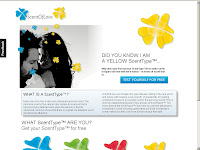 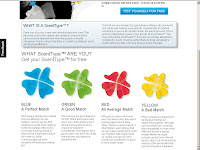 "To help determine your personal ScentTypeTM, the scientists at Basisnote have devised a simple, online quiz that should take no more than a few minutes of your time.

Our researchers, with the cooperation of a professional perfumer, have broken down the essential categories of scent into a few distinct families. While the fundamental ingredients of these different perfume families have been in use since recorded history, most of them are not well known to the general public. Consequently, we have sought to find examples that will be familiar from everyday life.

Scent helps trigger feelings of love and pleasure in the brain. It aids in the formation of longlasting memories and can affect human behavior both directly and subtly.

An online test such as this will never be as conclusive or informative as a complete scent breakdown such as our ScentOfLove kit, but it will provide a first step toward a better understanding of your personal biology and your search for the perfect match." 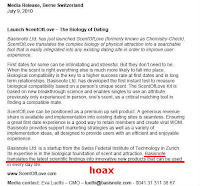 Basisnote, GenePartner, ScientificMatch and other proposals offering DNA matching are only based on the T_shirt Experiment that only proved:
normally cycling women (not pregnant and not taking contraceptive pills) are (temporarily) attracted by the perspiration scent of clothes used by men with a Major Histocompatibility Complex MHC more dissimilar to theirs,
and not proved: women attracted by those men for long term mating with commitment.

".. whereas normally cycling women express a preference for MHC (Major Histocompatibility Complex) dissimilarity in mates, pill users prefer odours of MHC-SIMILAR men, indicating that pill use might eliminate adaptive preferences for genetic dissimilarity."
................
"Recently, Roberts et al. attempted to eliminate these potential confounds by adopting a within-subject design in which women's mate preferences were assessed before and after they began taking the pill. Women starting the pill showed a significant preference shift towards MHC SIMILARITY compared with three months before the pill was taken, a shift that was not observed in the control group of normally cycling women."

Persons can mask their own body odor using antiperspirants / deodorants / perfume fragrances.
The paper "Cross-adaptation of a model human stress-related odour with fragrance chemicals and ethyl esters of axillary odorants: gender-specific effects" at Flavour and Fragrance Journal April 2009
Dr. Charles Wysocki (behavioral neuroscientist) and Dr. George Preti (organic chemist) exposed subjects to a potent elixir of armpit. Then they tried to mask those odors with a series of pleasant fragrances, supplied by a firm that supplies manufacturers of products that control or mask underarm odor. Sniffed alone, the underarm odors smelled equally strong to men and women. When fragrance was introduced, only 2 of 32 scents successfully blocked male underarm odor when women were doing the smelling; in contrast, 19 of 32 fragrances significantly reduced the strength of female underarm odor for men. Women are less easily confused than men in their ability to detect body odor, but they can be confused using the right fragrance to mask body odor.


What is important in attracting people to one another may not be important in making couples happy.
Latest Research in Theories of Romantic Relationships Development outlines: compatibility is all about a high level on personality* similarity* between prospective mates for long term mating with commitment.
*personality measured with a normative test.
*similarity: there are different ways to calculate similarity, it depends on how mathematically is defined.
Publicado por FERNANDO_ARDENGHI en 7:28 PM