Soul2Match is mainly based in this research: 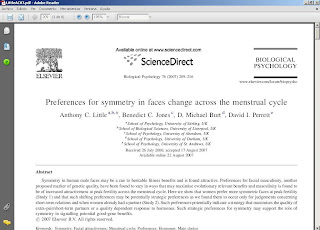 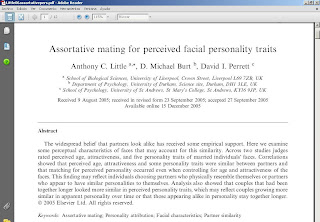 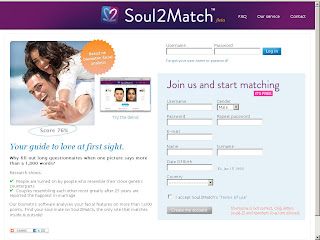 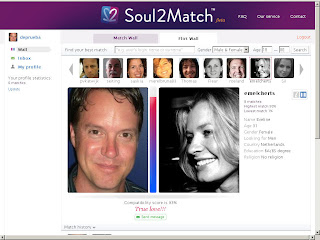 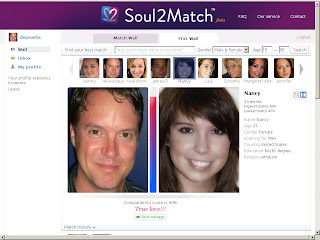 * CLICCK also matches users through a combination of its patent-pending facial recognition software, compatibility test and cutting edge biochemical attraction analysis, but that method is a HOAX, a complete SCAM.
* VisualDNA assesses personality with a graphic quiz, another HOAX, a complete SCAM.
* WriteMatch assesses personality with an ipsative instrument, results are a written report, a HOAX, a SCAM.


ALL indirect methods, ADD a lot of DISTORTION to the measurement.
The best way to assess personality of daters is using a normative instrument.

Compatibility is all about a high level on personality(1) similarity(2) between prospective mates for long term mating with commitment.
In compatibility matching methods there are 2 steps:
(1) to objectively measure personality traits or other human variables.
* WorldWide, there are over 5,000 online dating sites but no one is using the 16PF5 (or similar test like 15FQ+) to assess personality of its members.
Without offering the 16PF5 (or similar test measuring exactly the 16 personality factors, the complete inventory as established by Dr. Raymond Cattell during 1949) for serious dating, it will be impossible to innovate and revolutionize the Online Dating Industry.
The ensemble (whole set of different valid possibilities) of the 16PF5 is: 10E16, big number as All World Population is nearly 6.7 * 10E9
(2) to calculate compatibility between prospective mates.
* I had invented a new quantitative method to calculate compatibility between prospective mates, based on quantized pattern comparison (part of pattern recognition by correlation) named LIFEPROJECT METHOD.