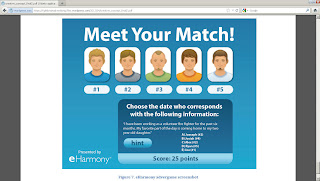 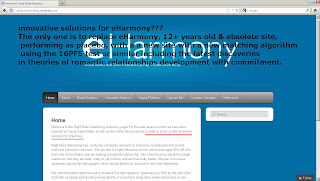 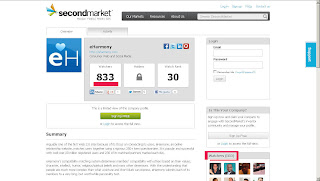 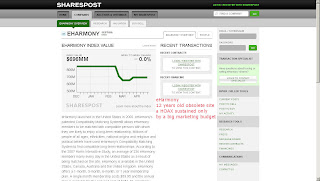 Right Brain Advertising had prepared fresh documents about eHarmony. Some of them with several mistakes.

- Homepage
"Welcome to the Right Brain Advertising eHarmony page! For the past several months we have done research on social media habits as well as the online datingindustry in order to come up with innovative solutions for eHarmony."

innovative solutions for eHarmony??? The only one is to replace eHarmony, 12+ years old & obsolete site, performing as placebo, with a a new site with a new matching algorithm using the 16PF5 test or similar including the latest discoveries in theories of romantic relationships development with commitment.

- Consumer Analysis
".... online dating might be making a shift toward locationbased mobile dating apps, something that eHarmony does not currently have. Competitors that already have location-based mobile dating apps include Blendr, Grindr, OkCupid Locals, and HowAboutWe. Furthermore, social networking sites like Facebook allow people to meet each other and compare profiles for free." [That is only for short term mating, for instant gratifications, for flirting.]

- channel Mix
"The way our consumers will come across our advergame is by a link on the eHarmony homepage to the advergame microsite as they sign into their accounts.""Our customers will not only be entertained but they will also get dating practice from playing. The game is a virtual speed dating game with avatars. The goal of the game is to earn points by remembering specific facts about each speed dater with whom you've interacted. For the gamers who are already eHarmony customers they can win a subscription of the calling feature on their profile, gift cards for friends and family members or a promotion code for their subscription."
"For gamers who aren't subscribed to eHarmony they can receive incentives to joining, like a free match weekend."


What is next?
Trying to sell ALL the pieces of eHarmony at Second Market?


I had reviewed over 55 compatibility matching engines intended for serious dating since 2003, when I had discovered "the online dating sound barrier" problem.