It is really incredible how PerfectMatch, an old & obsolete site, is still alive.
PerfectMatch is based in the Myers-Briggs personality test.
The Myers-Briggs personality test is only an obsolete ipsative test, like the other famous ipsative test DISC.
The Big5 inventory / Five Factor Model is a normative test, as the 16PF5.
WorldWide, there are over 5,000 -five thousand- online dating sites, but no one is using the normative 16PF5
http://en.wikipedia.org/wiki/16_Personality_Factors
Ipsative tests are based on forced choice questions and responses. Each choice is scored. These scores can only represent the relative strengths of the person being tested and cannot be compared to any other individuals. Such tests can typically be identified in the marketplace by the test asking the person to 'describe themselves'. This type of test would not normally be used in recruitment and selection.
Normative tests measure quantifiable characteristics on individual scales. These scales can vary independently. Also the scores can measure the characteristics of an individual against confirmed patters of normality (e.g. normal distribution or Gaussian distribution). Normative testing allows people to be compared to particular groups, populations, or jobs.
Normative testing generally has a higher validity than ipsative.
"You can have one Myers-Briggs personality on Tuesday and another when you retake the test on Thursday" Barbara Ehrenreich (2006) 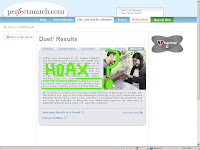 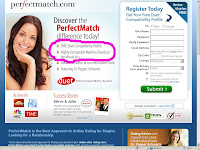 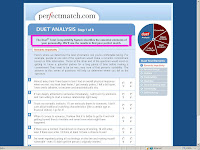 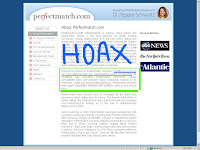 "Enjoyed by millions of Perfectmatch members, DUET has proven to be more effective than any matchmaking service on the Web. " HOAX, there is no proof of that!!! 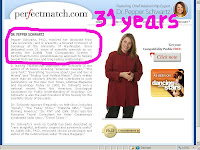 "..... She's dedicated over 31 years of scientific research to co-develop the DUET Total Compatibility System ........" and during 31 years of scientific research she can not publish any peer reviewed scientific paper for public and Academic scrutiny of findings showing PerfectMatch's matching algorithm can match prospective partners who will have more stable and satisfying relationships with low divorce rates than couples matched by chance, astrological destiny, personal preferences, searching on one’s own, or other technique as the control group. 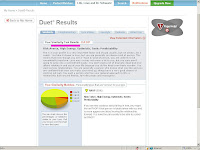 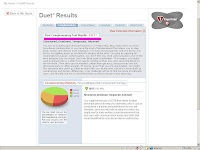 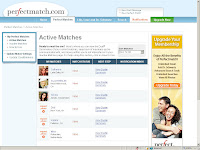 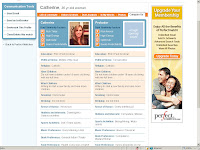 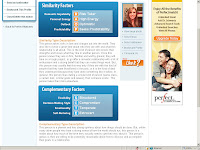 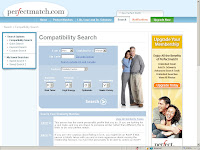 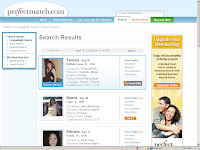 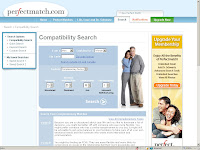 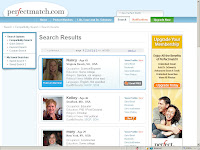