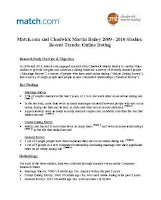 If you carefully analyze the data, that study only proves that "Via Online Dating Site" is not the primary source to find a long term mate.

"Approximately twice as many recently married couples met on Match than the site thatranked second (eHarmony)" They should check marital stability and marital satisfaction, not only marriage itself! Are divorce rates higher in Match than in eHarmony?