Have you seen Chemistry's new redesign ?
(Not sure when it was done) 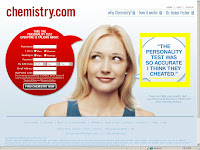 "The personality test was so accurate I think they cheated"
That woman is right, with an ipsative test, they cheated!!! 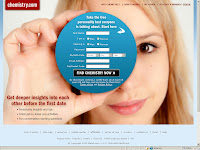 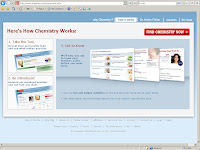 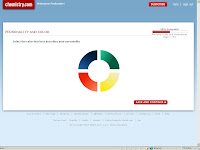 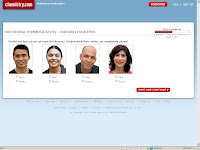 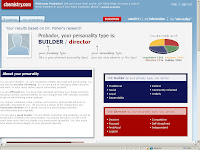 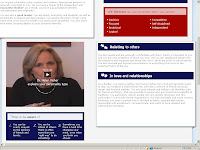 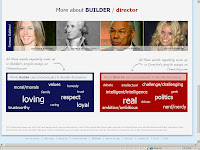 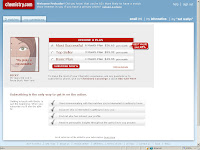 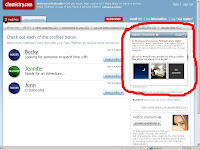 Have you seen the Hidden Chemistry Weekly Questions? 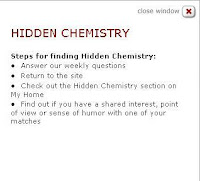 They ask you "Do you want to date someone like you or someone that is your opposite?" 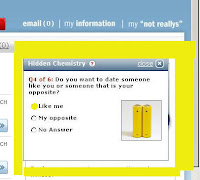 
The previous "1.2.3 MEET in person step-by-step process" was changed to avoid false positives.
Chemistry uses the Definitely, Decide Later and Not Really buttons for feedback purposes, and help you with the Communication Process. 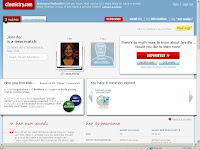 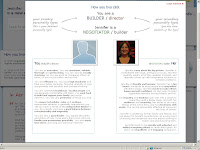 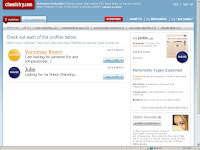 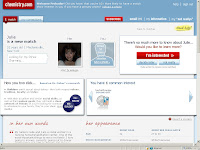 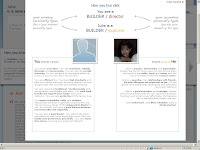 Dr. Fisher was contacted by the people of Match during December 2004, to develop Chemistry (using an ipsative test).
Chemistry was live since 11th October 2005, and emerged from beta in 4th January 2006.
"As an anthropologist, using what I know about you, and me, and all the rest of us, I have designed a site that matches you not only by the standard means of similarity in background and good looks, but also by your chemistry." Dr. Helen Fisher had said in a guest post at OnlineDatingPost last 5th January 2007.

The persons who use the Chemistry site, meet in person, and after that want to continue dating, is only a very small percentage of them.Less than 6% reach the first meeting in person stage.Of that 6% who reach the first meeting in person stage, not known exactly the percentage of persons who want to continue dating, but I suspect it is very low.

The success rate* of Chemistry is less than 6%. The majority of their members are not going to achieve a long term relationship with commitment (or marriage) using that site.
*success rate == percentage of persons who leave the site because they found someone compatible.

To my best knowledge there is no Scientifc Paper, peer reviewed by Academics from different Universities (public scrutiny of findings) showing Chemistry's matching algorithm can match prospective partners who will have more stable and satisfying relationships than couples matched by chance, astrological destiny, personal preferences, searching on one's own, or other technique as the control group.


I had applied reverse engineering and discovered that Chemistry is in the range of 3 or 4 persons as highly compatible per 1,000 persons screened, the same range any person can achieve by searching on one's own or mutual filtering methods (recommendation engines).
Publicado por FERNANDO_ARDENGHI en 12:41 AM