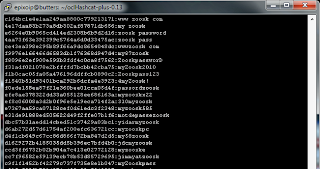 (A screenshot obtained from ArsTechnica - from Jeremi Gosney showing passwords cracked by the ocl-Hashcat-plus program.)
Year over year the same history: They know it was Zoosk because when security analysts decrypted some of those passwords, they found phrases such as "logmein2zoosk", "zoosk password", "myzooskpass","@zoosk", "zoosk4me", "ilovezoosk", "flirtzoosk" and "zooskmail". Perhaps they had called Zoosk to tell them!

Remember last year eHarmony? When several security analysts decrypted some of those stolen passwords, they found the combination HARMONY or EHARMONY or patterns of either (d=digit): ddEHARMdd, ddddEHARM, or EHARMdddd, and guess, perhaps they had called eHarmony to tell them, but of course, as every hacking incident, all the rubbish was swept under the carpet.eHarmony's Team had not solved nothing.

The “Russian mafia” again???
Who could benefit most from that situation? As if they were in the cold war era.

Several online dating sites, like PlentyOfFish and eHarmony HAD BEEN ALERTED IN ADVANCE, since 2009 about security holes, but they had not paid the attention it deserved.
Publicado por FERNANDO_ARDENGHI en 1:50 AM