The weak point is: they are relying much on Tinder, a Badoo clone for casual dating.
The unexploited Latin American Market remains enormous! 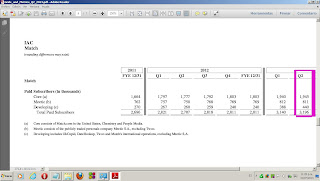 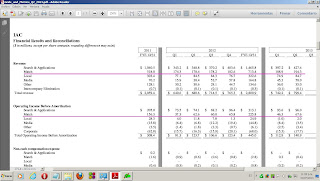 IAC Personals
Core, Meetic and Developing revenue for the current year period was USD116.1 million, USD54.8 million and USD23.4 million, respectively. (Compare with Q1 2013). Not sure if they plan to close Chemistry.

"And Match continues to show the strength of our portfolio approach. Just look at the past few months. If you're in New York, LA, or any number of other cities, all you hear about is our newest product, Tinder, with rapid user growth domestically and growing momentum internationally. But the success of Tinder isn't cannibalizing Match. During the same period Tinder has been thriving, our Core business growth is accelerating. And a similar dynamic's been playing out with OkCupid over the last stretch of years. From year end 2009 through the end of Q2 2013, OkCupid increased its monthly active users by 250% (from an already significant base), while during the same period, Match increased core subscribers by a very healthy 60%. Services like Tinder and OkCupid acclimate new groups of people to meeting online. That meaningfully expands the market. And once people have used technology to meet other people, no matter what the service was they initially used, a barrier's been broken and they're more likely to do it again. Almost 50% of first time Match subscribers have previously used another service for meeting someone online. So the more people we can get to try these services, whether we own them or not, the more likely they are to use our other services. Of course, it's better when we own them, thus our multi-product approach.

And that's not to say these sites simply work as acquisition tools for our Core business. Far from it. As I mentioned on the last call, we're meaningfully increasing the contribution from these businesses. During the same period OkCupid grew monthly users 250%, it grew monthly revenue by 700%, and it's now a meaningful contributor to this business. Tinder is early stage, we're not monetizing it now, and we probably won't monetize it in earnest for a while, but I assure you if its growth continues and it truly takes hold, it's going to be a very valuable asset.

Up to now, the portfolio's been primarily a North American story, but we think it'll also work in other markets. As I mentioned last time, Twoo, which we bought in January, adds a second brand in Europe, and we'll likely add others. The same in Latin America. I really think we'll reach a point where everyone single will be using technology in some way to help them make romantic connections, and it's been proven time and again, really over the history of the internet, that this is one of the things people are willing to pay for online, even when there are free alternatives. So we're confident our multiple products, multiple price points, multiple business models and global reach are going to put us in an optimal position to keep capturing a big part of that expanding activity."

Email ThisBlogThis!Share to TwitterShare to FacebookShare to Pinterest
Etiquetas: IAC