MySpace seems to be the biggest dating application for fun dating in Facebook.

Badoo is not much mentioned in reports and news.
"Argentines are the most from Latin America who use social networks."
Only I saw it mentioned on
"New ComScore report for Argentina and Chile " March 2011 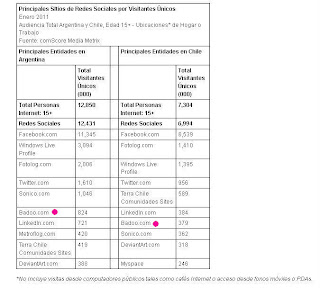 I had also written the posts:
"How to detect fake profiles in Argentina & Uruguay"
and
"ComScore report about deleting cookies"

It is suspicious or intriguing Badoo claims thousands of persons in Uruguay, Paraguay and Bolivia but Alexa does not show any of those countries in its rank. 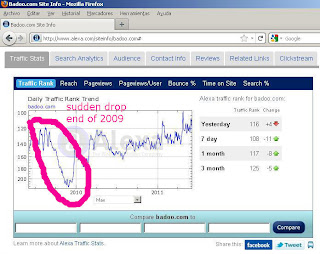 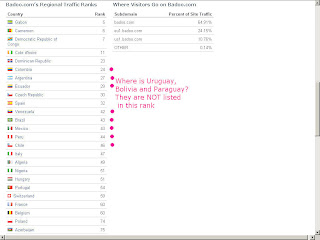 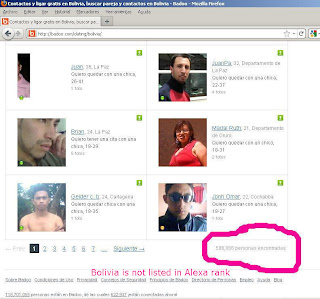 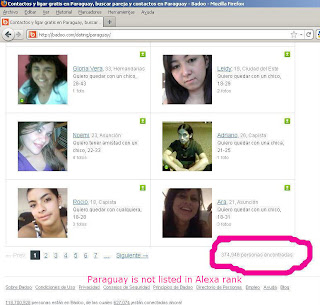 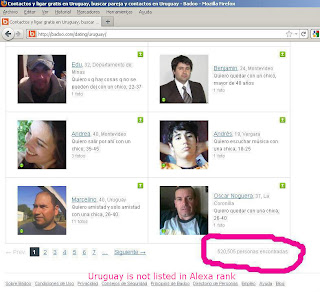 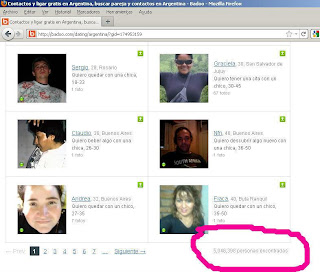 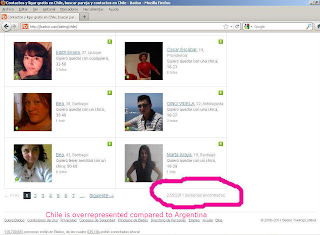 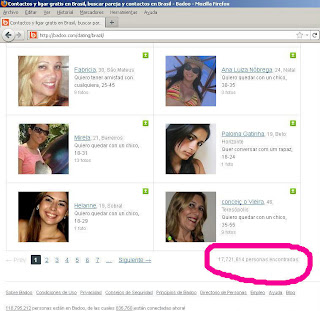 The GRUPO DE DELITOS TELEMÁTICOS (GDT) from the Spanish Guardia Civil had alerted from Badoo. 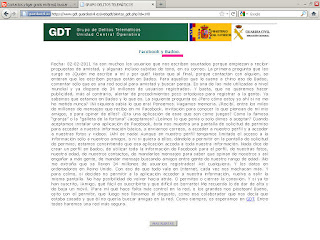 Email ThisBlogThis!Share to TwitterShare to FacebookShare to Pinterest
Etiquetas: badoo