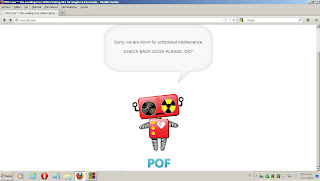 The real secret of PlentyOfFish is: it needs to show ads mainly from online paid sites, then send prospective customers there and receive commissions when they acquire a paid membership.

PlentyOfFish, eHarmony, and others were hacked several times, but they survived.