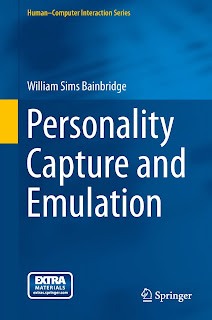 Integration of two existing research traditions, one in computer science and the other in social science, could become the basis for a new convergent discipline of potentially revolutionary significance, cultural science. Recommender systems are a well-developed part of online commerce, targeting advertising to specific customers on the basis of the individual’s probable preferences, but they have not yet seen much use across the social sciences. At the same time, quantitative research methodologies for studying culture, such as preference questions in sociological questionnaires and anthropological databases like the Human Relations Area Files are generally ignored outside very narrow academic communities. Recommender systems are already well-prepared to emulate an individual’s preferences, but only within the narrow range of the particular commercial products covered. Pilot studies using the Netflix database show that it is possible to categorize movies in culturally-relevant terms. Other studies using data from questionnaires administered to college students show how preferences for academic subjects can be connected to gender and political orientation, and factor analyzed to reveal academic subcultures. Food preferences and preferences for fiction reading, plus studies of preference concordance across friendships and within ethnic groups, illustrate a range of other directions that a new, rigorous cultural science could explore.

Profiling by music preferences, video preferences, color preferences, bookmarks preferences, handwriting analysis, purchases and buying trends from credit cards, facial features and other methods like them to assess personality add distortion to the measurement. The HEXACO normative test is replacing the obsolete Big Five Model of personality.
“While the Big Five has been the dominant approach in personality research for over two decades, recent investigations have identified a sixth independent personality dimension referred to as Honesty-Humility (Ashton & Lee, 2007, 2009). ”

In case you had not noticed, recommender systems are morphing to .......... compatibility matching engines, as the same used in the Online Dating Industry since years, with low success rates!!! because they mostly use the Big5 to assess personality and the Pearson correlation coefficient to calculate similarity.
Please remember: Personality traits are highly stable in persons over 25 years old to 45 years old.

The only way to revolutionize the Online Dating Industry is using the 16PF5 normative personality test, available in different languages to assess personality of members, or a proprietary test with exactly the same traits of the 16PF5 and expressing compatibility with eight decimals (needs a quantized pattern comparison method, part of pattern recognition by cross-correlation, to calculate similarity between prospective mates.)
All other proposals are NOISE and perform as placebo.
e.g. eHarmony's algorithm is in the range of showing you 3 most compatible persons per 1,000 persons screened, and with the 16PF5 you can reach 3 most compatible persons per 100,000 persons screened; a 100 times more powerful algorithm (NOT 100% improvement, a 100 X improvement, really an innovation)