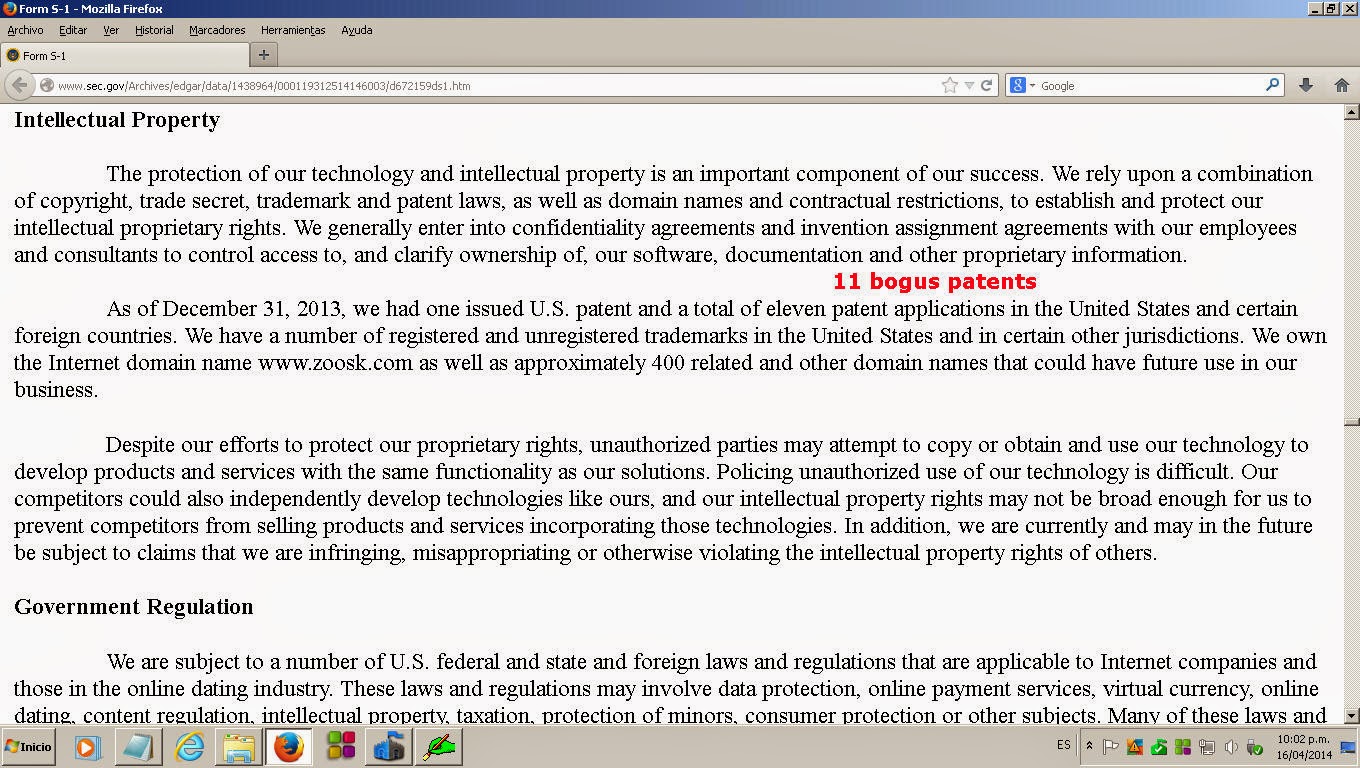 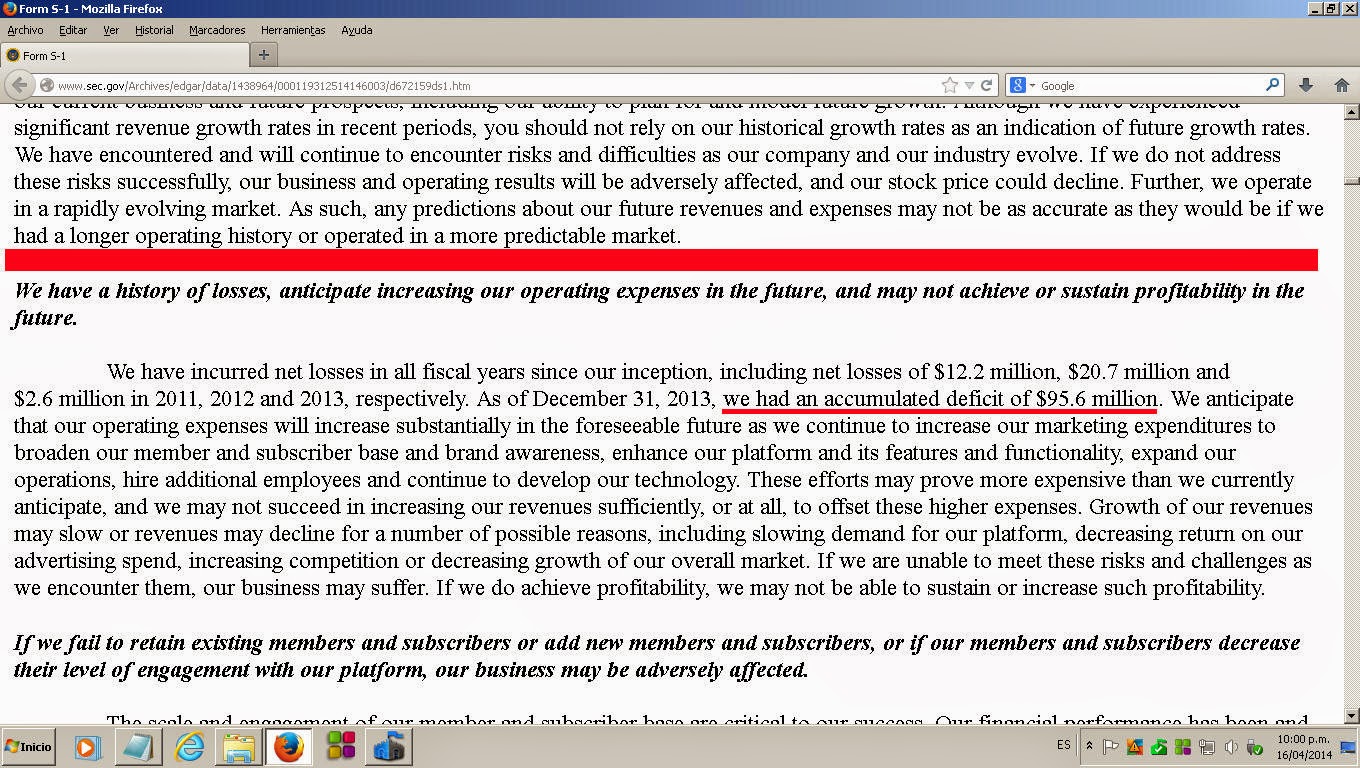 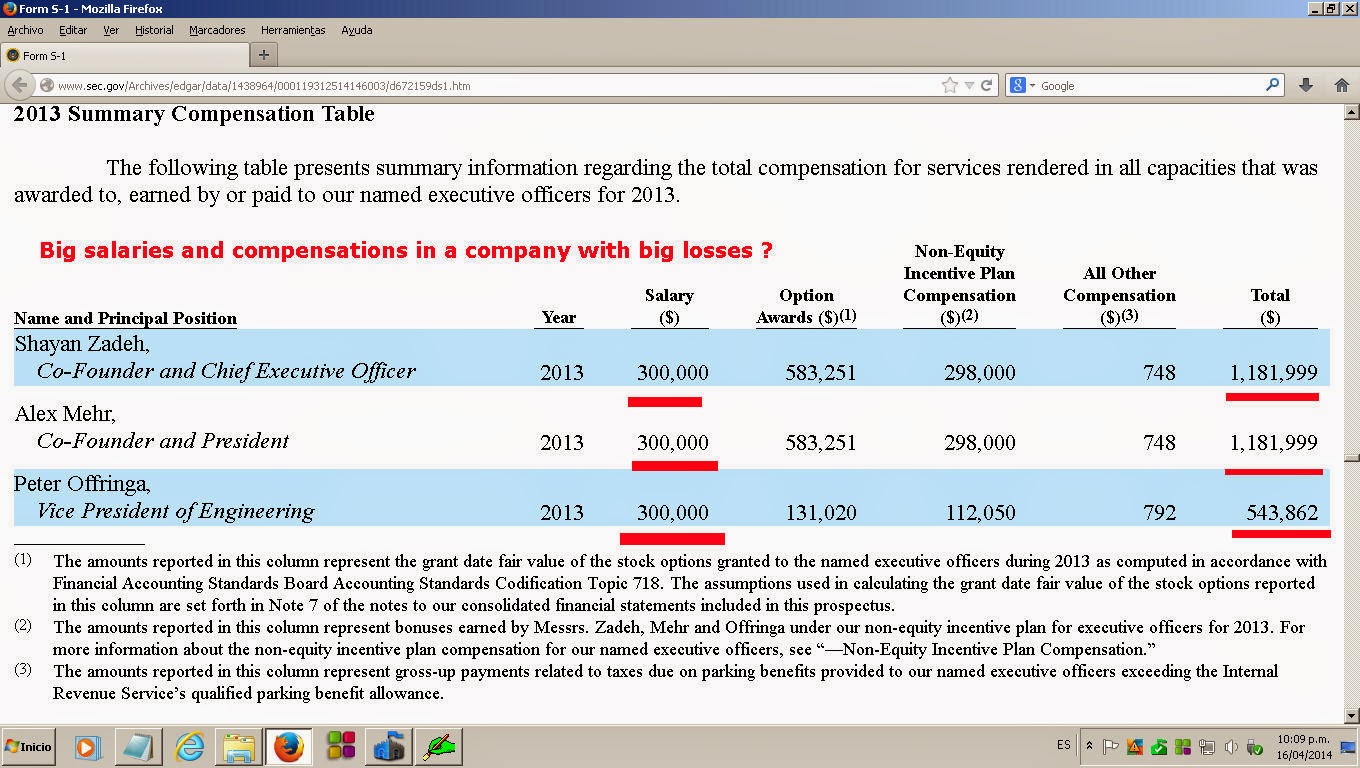 - (Zoosk) We have a history of losses, anticipate increasing our operating expenses in the future, and may not achieve or sustain profitability in the future. We have incurred net losses in all fiscal years since our inception, including net losses of USD12.2 million, USD20.7 million and USD2.6 million in 2011, 2012 and 2013, respectively.
As of December 31, 2013, we had an accumulated deficit of USD 95.6 million.


- Intellectual Property: As of December 31, 2013, we had one issued U.S. patent and a total of eleven patent applications in the United States and certain foreign countries. We have a number of registered and unregistered trademarks in the United States and in certain other jurisdictions. We own the Internet domain name zoosk as well as approximately 400 related and other domain names that could have future use in our business.

- Government Regulation: We are also subject to, or may be subject in the future to, federal, state and foreign laws regarding privacy and the protection of member data. Foreign data protection, privacy, consumer protection, content regulation and other laws and regulations are often more restrictive than those in the United States. There are also a number of legislative proposals pending before the U.S. Congress, various state legislative bodies and foreign governments concerning data protection that could affect us.


- Astronomical Salaries and Compensations paid to 3 persons from a company that had not made a dime in profit since 6 years ago!!!
They have not deserved to earn USD300,000 per year + big bonuses and compensations reaching nearly USD 1.2 million two of them and USD 543,862 the other!

Zoosk's IPO is a dirty trick for its former investors to recover their money and then put Zoosk to sleep. I really hope they fail in its IPO.
Remember its Management Team can not innovate and revolutionize the Online Dating Industry. They can cook a barbecue under the water, they are smoke sellers, but they are not going to innovate in nothing.


http://www.alexa.com/siteinfo/www.zoosk.com
Zoosk is a bubble, only supported by big marketing budget.