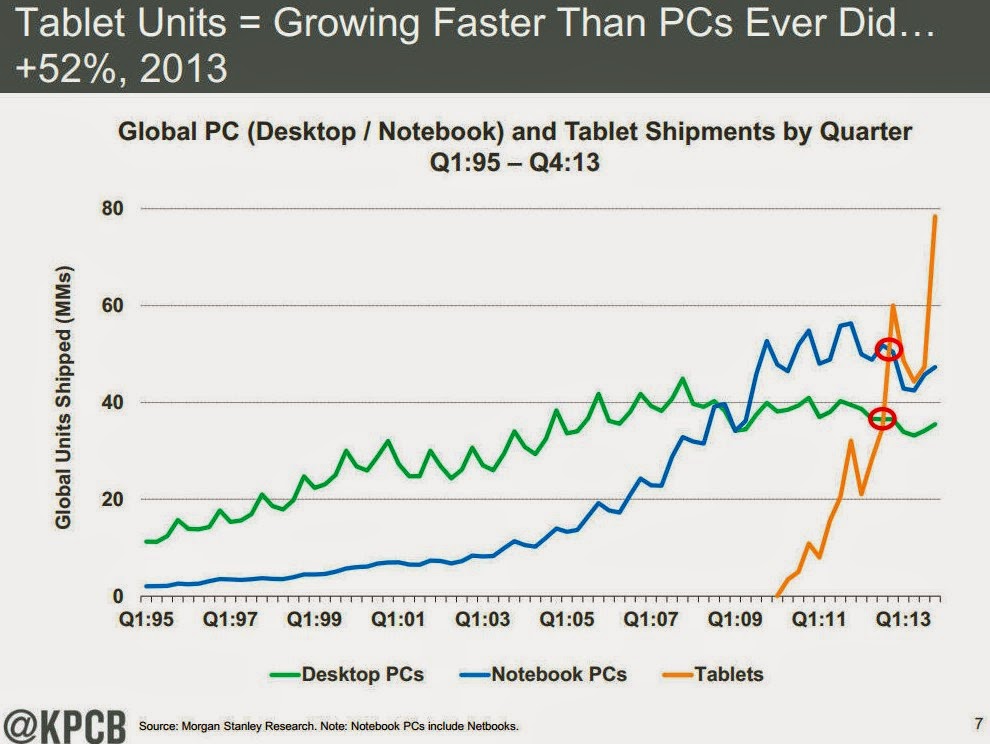 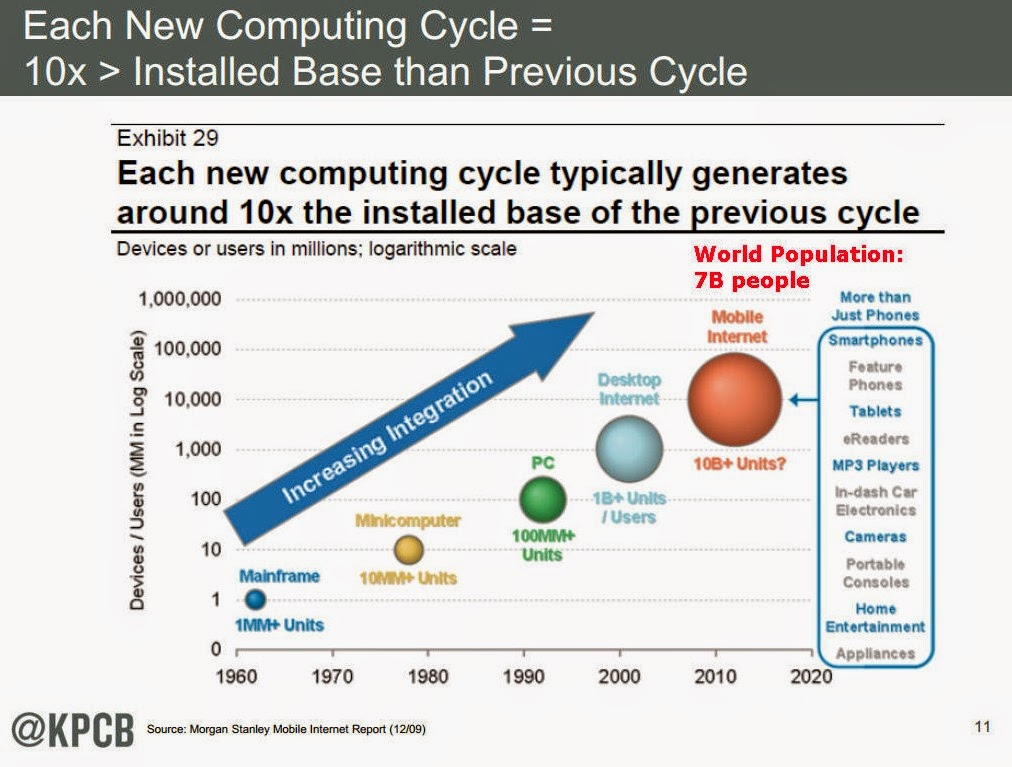 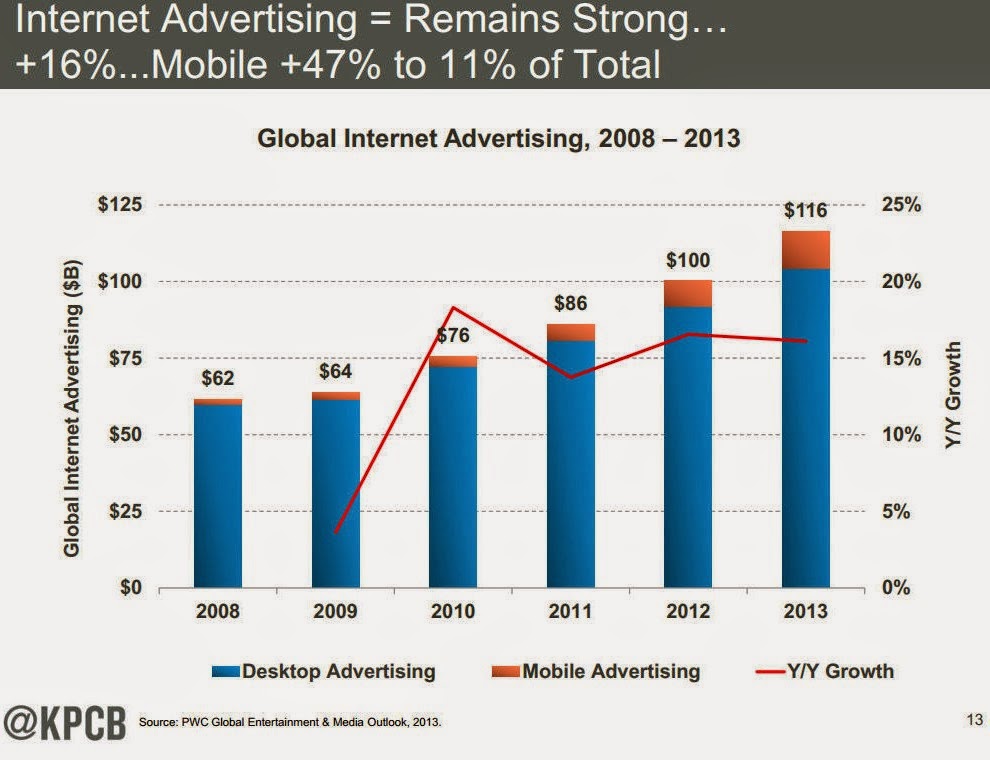 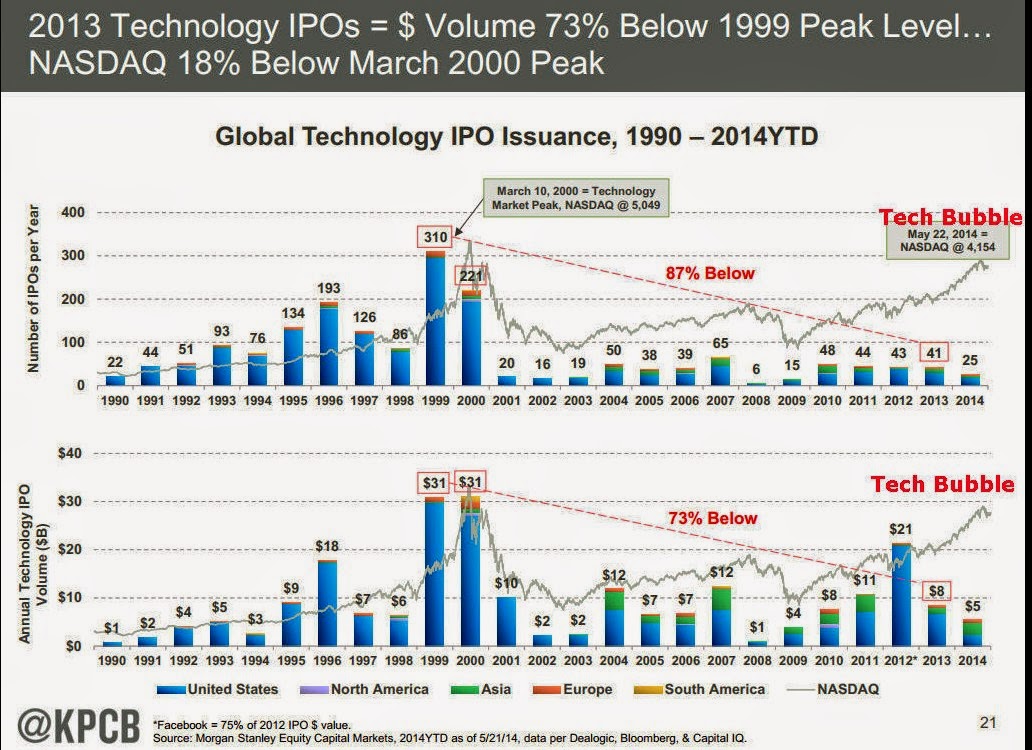 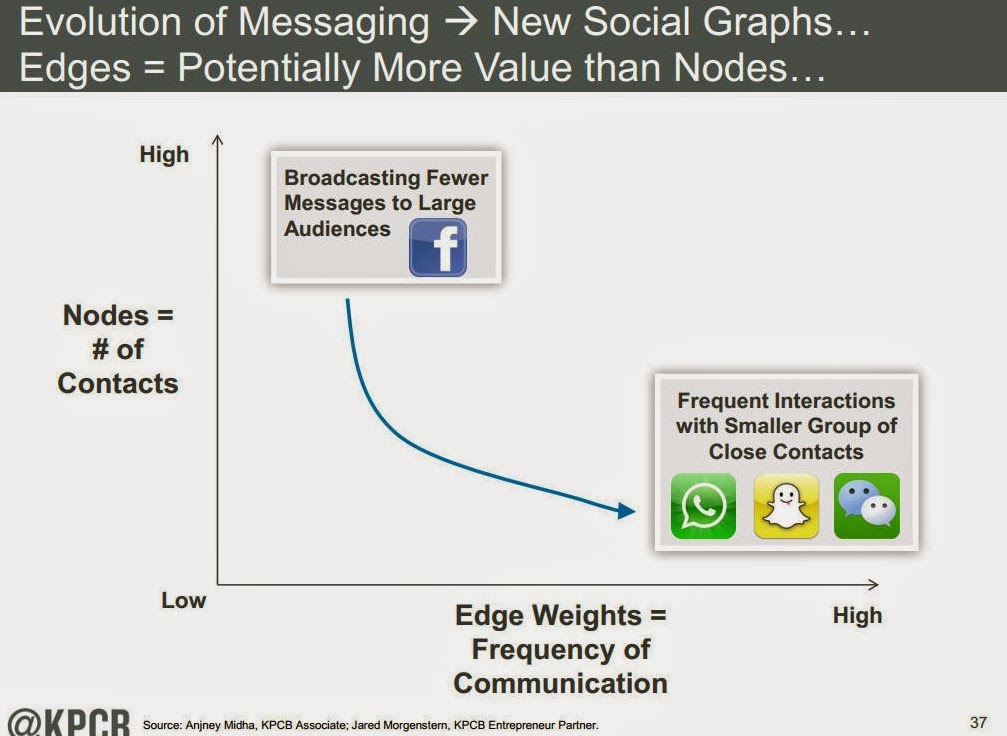 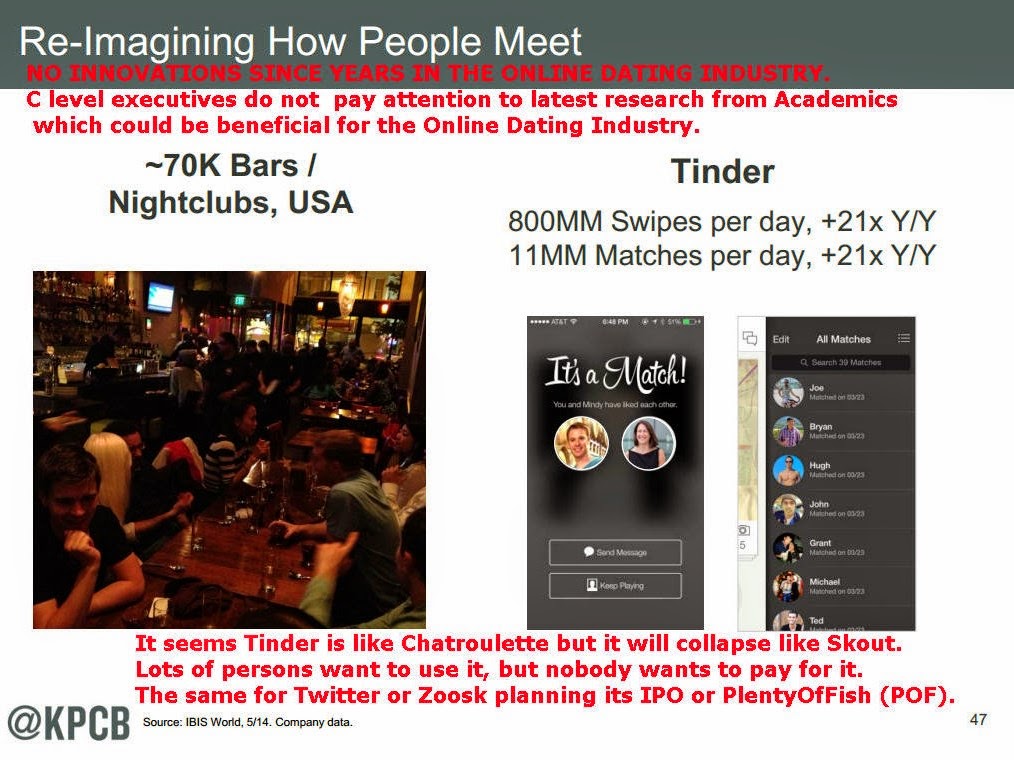 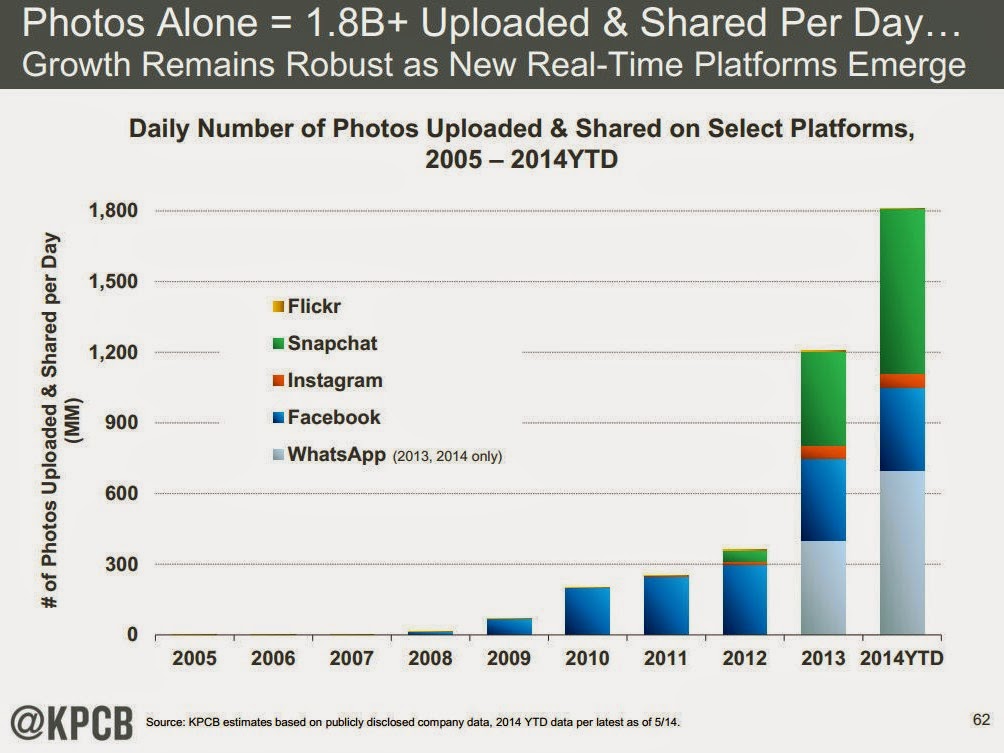 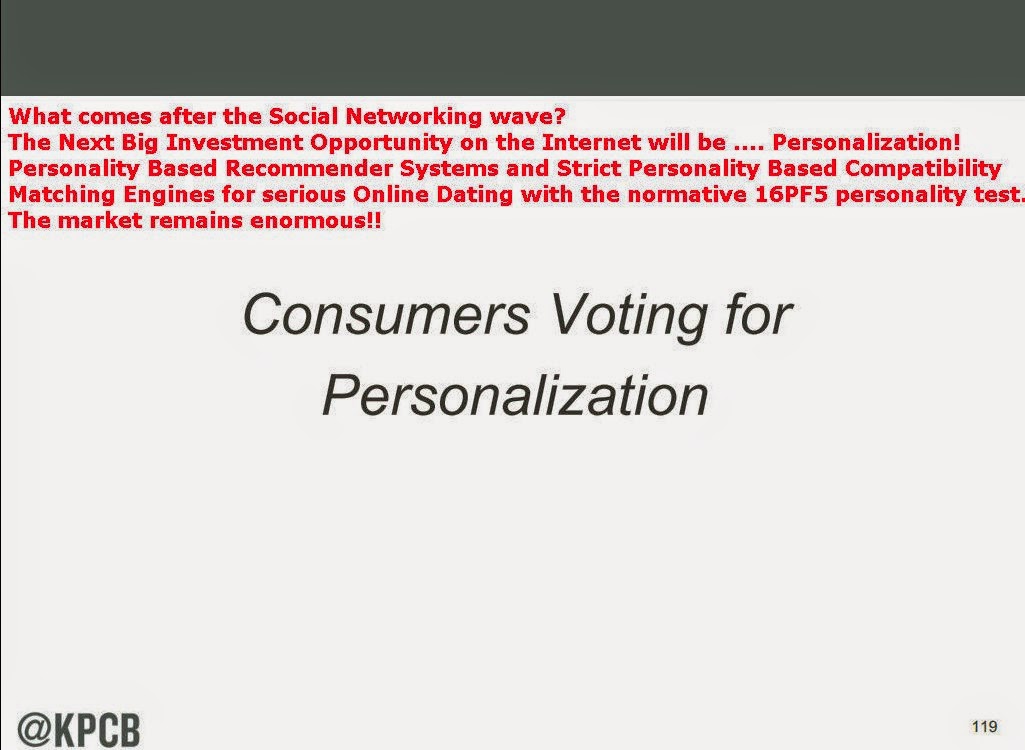 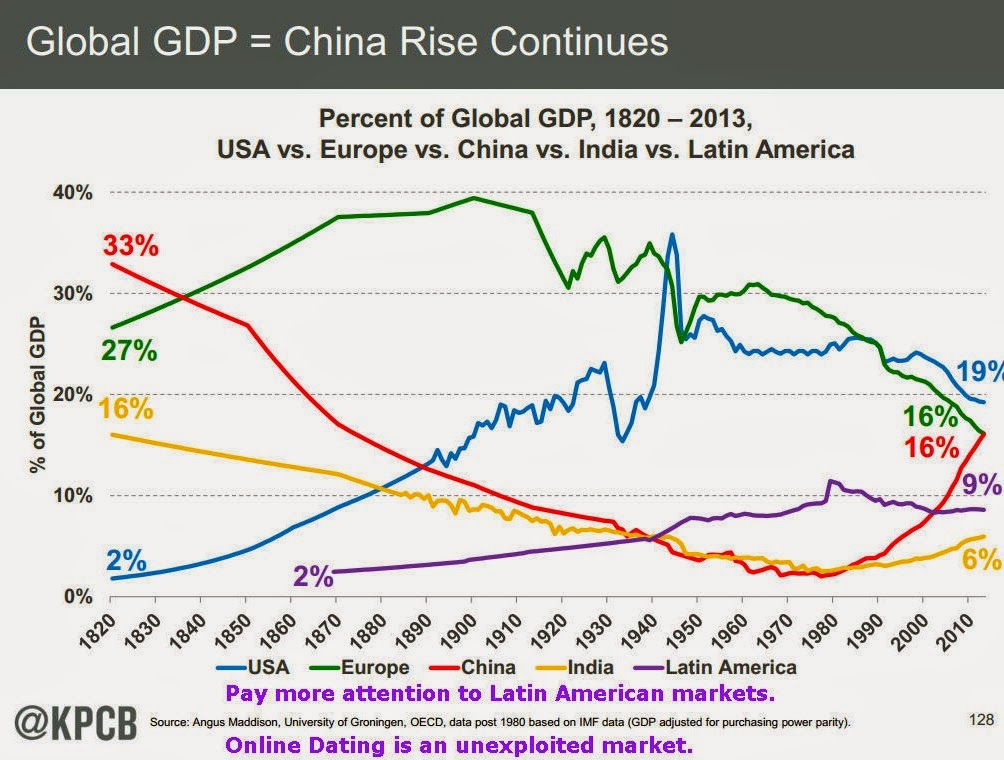 BIG TECH BUBBLE IN PROGRESS! (slide #21 of report)
http://www.kpcb.com/internet-trends
like the year 2000 one
http://en.wikipedia.org/wiki/Dot-com_bubble


tech space that is out of control: WhatsApp
http://onlinedatingsoundbarrier.blogspot.com.ar/2014/02/tech-space-that-is-out-of-control.html
There is a large dotcom bubble fueled by venture investment funds, investors who are dragging other investors to continue investing until they can sell shares of the company and recover leveraged money, but the last holder of shares is going to lose.
Many technology companies, without having a concrete business model (supposedly will generate revenue from advertising and premium subscription accounts) receive millions of dollars in funding to offer something free, acquiring fastly a large mass of captive users as if they had made them addicts, and then, the exit strategy (for investors) is to get someone to buy the company at a staggering figure, as did Blogger, Fotolog, MySpace, YouTube, Skype, Bebo and others. They are like continually inflating balloons and they need to find a buyer before they explode. If they can not find a private buyer for the entire company, the investors had the strategy of going public, to start trading its shares on the New York Stock Exchange, they turn those pieces of paper (shares) in real money, they get thousands of buyers purchasing lower small parts (shares).


See also:
Brazil Digital Future in Focus 2014
http://onlinedatingsoundbarrier.blogspot.com.ar/2014/05/brazil-digital-future-in-focus-2014.html
If you want to replicate a big success in Brazil, it will be as hard as the same to replicate it in all European countries, but in this case with 1/8 of population and the majority of the persons DO NOT own or WILL NOT use a credit/debit card to buy online! They will prefer to research online and then buy offline.
The same for Africa, and perhaps the same for Russia.
Many if not most, USA, Canada or European businesses models are inviable in Latin American countries!
Perhaps the same situation for Africa, Russia or even Australia.
(transportation costs could be 10 times bigger than Europe)