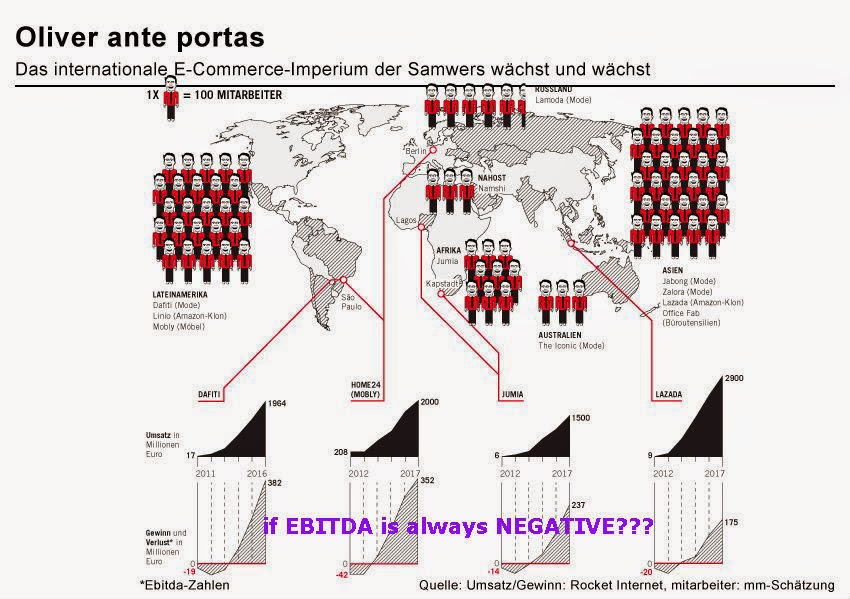 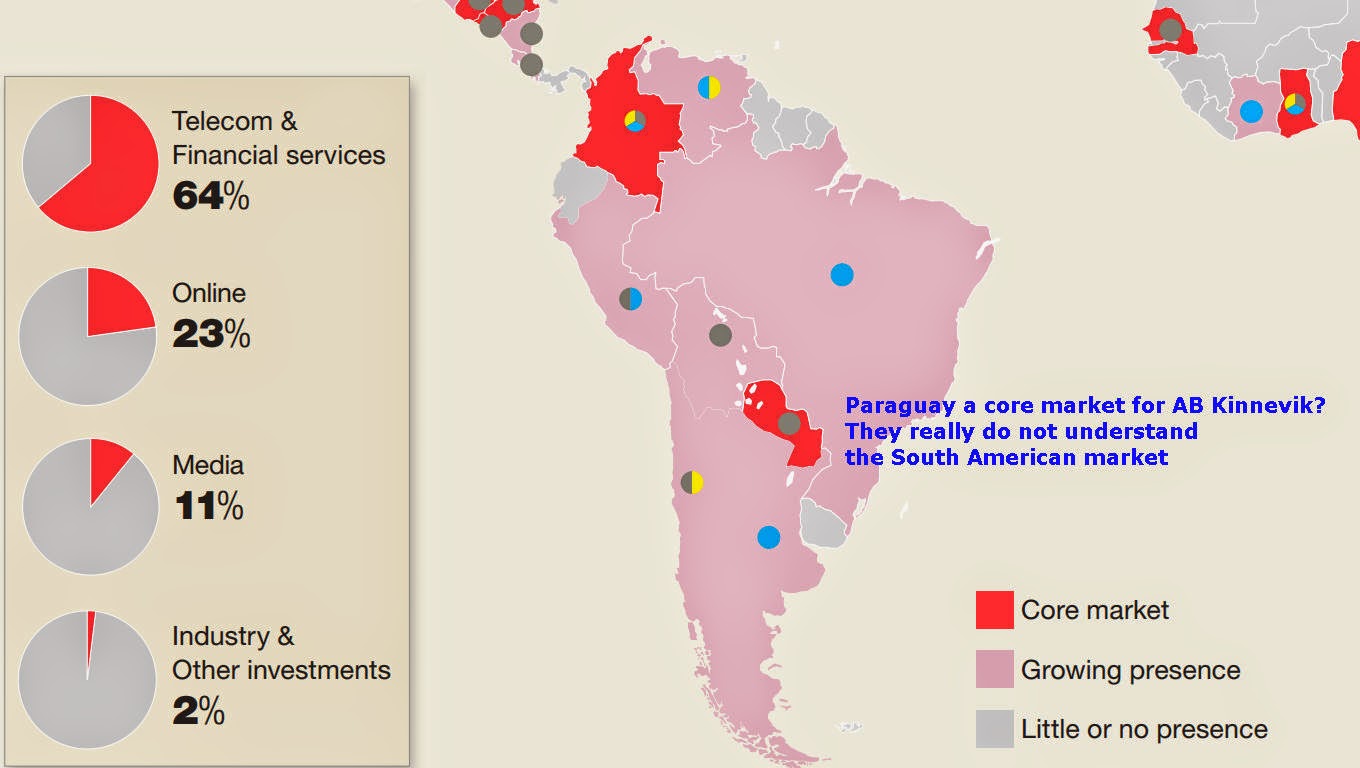 Can anybody confirm that figure, please?

"most of the unlisted companies within Kinnevik’s online portfolio are still unprofitable. However, the larger companies in the portfolio are well capitalised and can afford continued investments until they reach break-even."

But what will happen if  those companies never reach the break-even, if their EBITDAs  are always negative???

A Journalist from the Wall Street Journal, talking about the "famous Samwer bros. clone empire", asked me: "I am not quite sure what you’re referring to when you say it is all just a ponzi scheme and the Samwers are committing a crime. Start-up companies in general aren’t profitable but hope to be at one stage."
I replied: That is exactly the problem. Their start-up companies are not designed to be profitable, and as they are copycats of U.S. companies, the main purpose is to be sold to the original company they had copycatted OR if they fail to do so, to plan the IPO in order to recover the money they had invested!.
They always make unrealistic projections of sales: "For the Brazilian Amazon clone Linio the Samwers offer a return of 12 percent in 2017. The Amazon model generates 1.1 percent."

Big investments, big losses
http://venturevillage.eu/kinnevik-rocket-internet-investments
As for the young Latin American Amazon clone, Linio, 2017 is set to be a good year – with estimated revenues of €281m, the Samwers claim that the return on sales will be an impressive 12%. This is a clear sign of the Samwers’ huge and rather unrealistic ambitions: by comparison, the company’s US original, Amazon, makes just over 1% in returns.

I suspect no one of the cloned companies by Samwer Bros. are really profitable or sustainable for the next 5 years, to until 2019 at least; and as they will not be able to sell to the original company they had copycatted, as they failed to sell Affinitas GmbH. to eHarmony Inc. last March 2012 and as the Management Team can not innovate in nothing because they are not entrepreneurs, they will collapse. All cloned companies seem like bubbles.