Assortative mating for weight is not due to assortative preferences.

The human body odour composites are not more attractive than individual samples.

Aggression, mate value and the preference for faces of fertile females. 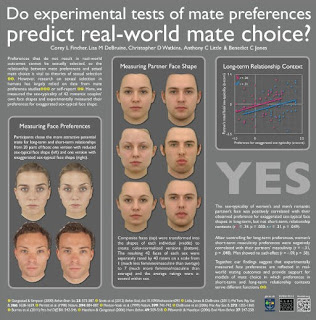 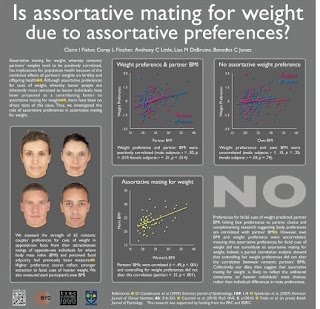 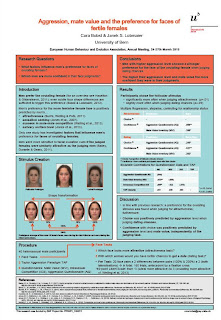 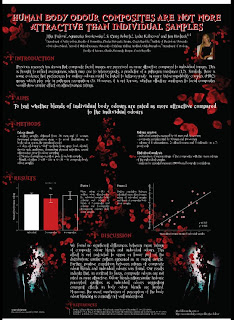 Please remember:
The 3 milestone discoveries of the 2001 - 2010 decade for Theories of Romantic Relationships Development are:
I) Several studies showing contraceptive pills users make different mate choices, on average, compared to non-users. "Only short-term but not long-term partner preferences tend to vary with the menstrual cycle"
II) People often report partner preferences that are not compatible with their choices in real life. (Behavioural recommender systems or other system that learns your preferences are useless)
III) What is important in attracting people to one another may not be important in making couples happy. Compatibility is all about a high level on personality similarity between prospective mates for long term mating with commitment.

Also there is a similarity trilogy between genetic, mate choice and personality based recommender systems.
WorldWide, there are over 5,000 -five thousand- online dating sites
but no one is using the 16PF5 (or similar) to assess personality of its members!
but no one calculates similarity with a quantized pattern comparison method!
but no one can show Compatibility Distribution Curves to each and every of its members!
but no one is scientifically proven! The only way to revolutionize the Online Dating Industry is using the 16PF5 normative personality test, available in different languages to assess personality of members, or a proprietary test with exactly the same traits of the 16PF5 and expressing compatibility with eight decimals (needs a quantized pattern comparison method, part of pattern recognition by cross-correlation, to calculate similarity between prospective mates.)

Email ThisBlogThis!Share to TwitterShare to FacebookShare to Pinterest
Etiquetas: posters