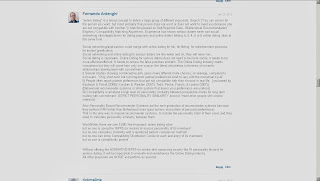 What I had said a year ago?
"online dating" is a broad concept to define a large group of different proposals: Search ("You can search for the person you want, but most probably that person does not exist or does not want to meet you because you are not compatible with him/her.")/ Matching based on Self-Reported Data - Bidirectional Recommendation Engines / Compatibility Matching Algorithms. Experience had shown serious daters never use social networking sites/applications for dating purposes and online daters belong to 3, 4, 5 or 6 online dating sites at the same time.

Social networking/applications could merge with online dating for fun, for flirting, for entertainment purposes, for instant gratification.
Social networking and online dating for serious daters are like water and oil, they will never mix.
Social dating is vaporware. Online Dating for serious daters does not need to be more social, it needs to be more effective/efficient. It needs to reduce the false positives problem. The Online Dating Industry needs innovations but they will come from only one source: the latest discoveries in theories of romantic relationships development with commitment.
I) Several studies showing contraceptive pills users make different mate choices, on average, compared to non-users. "Only short-term but not long-term partner preferences tend to vary with the menstrual cycle"
II) People often report partner preferences that are not compatible with their choices in real life.  [uncovered by Eastwick & Finkel (2008); Kurzban & Weeden (2007); Todd, Penke, Fasolo, & Lenton (2007)]
(Behavioural recommender systems or other system that learns your preferences are useless)
III) Compatibility is all about a high level on personality similarity between prospective mates for long term mating with commitment. (STRICT PERSONALITY SIMILARITY and not "meet other people with similar interests)


Without offering the NORMATIVE16PF5 (or similar test measuring exactly the 16 personality factors) for serious dating, it will be impossible to innovate and revolutionize the Online Dating Industry
All other proposals are NOISE and perform as placebo. 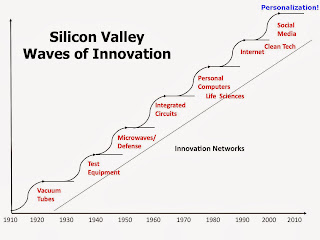 What comes after the Social Networking wave?
The Next Big Investment Opportunity on the Internet will be .... Personalization!
Personality Based Recommender Systems and Strict Personality Based Compatibility Matching Engines for serious Online Dating with the normative 16PF5 personality test.
The market remains enormous!!!
Publicado por FERNANDO_ARDENGHI en 5:11 AM

Email ThisBlogThis!Share to TwitterShare to FacebookShare to Pinterest
Etiquetas: articles