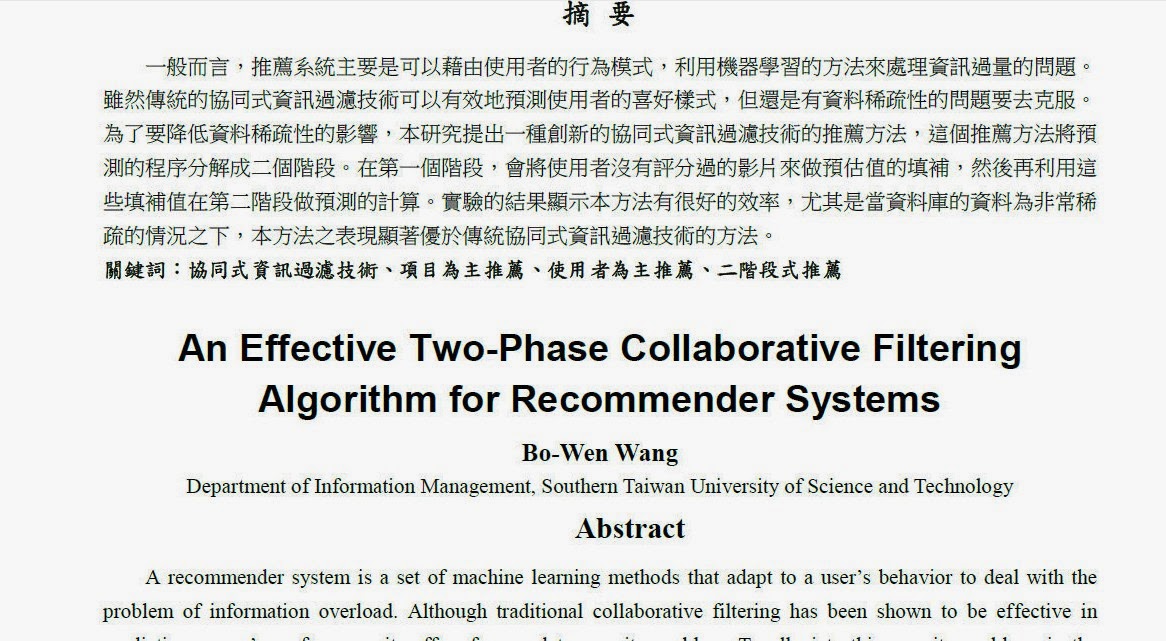 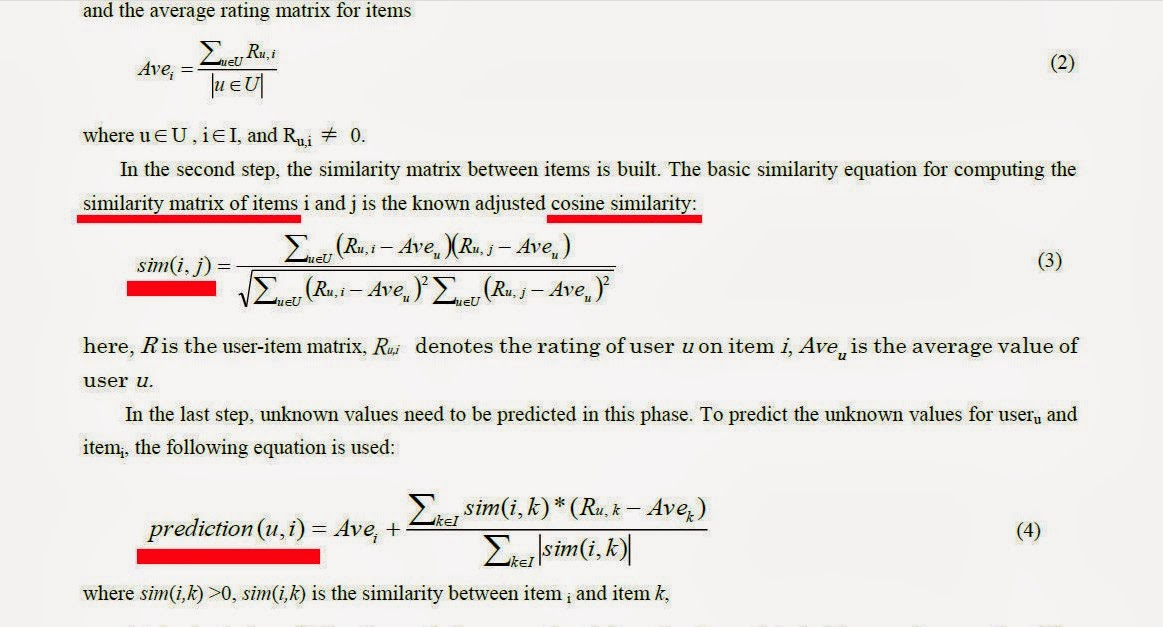 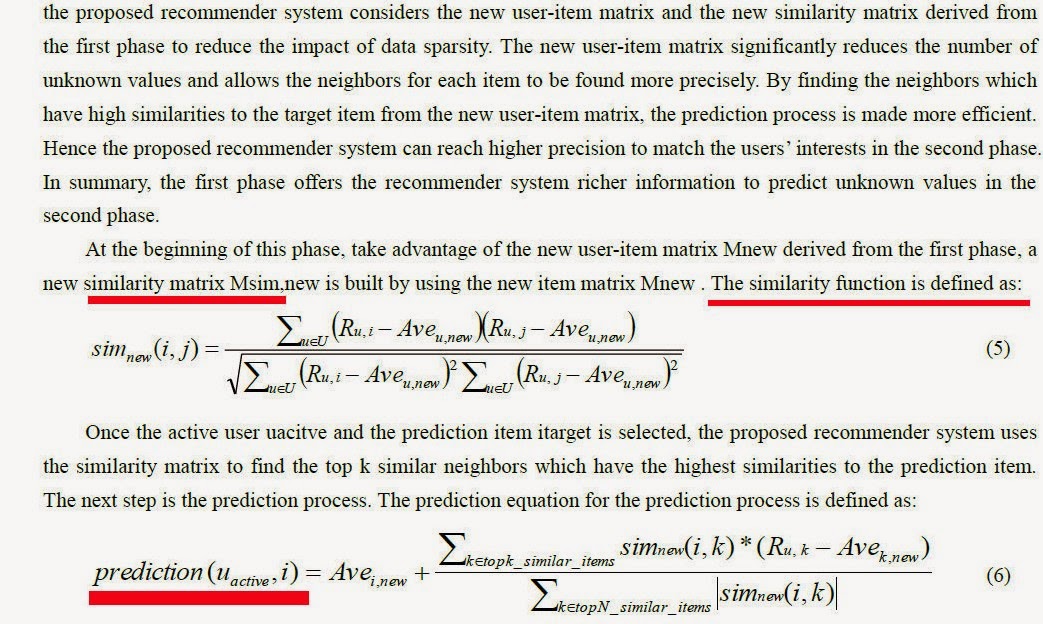 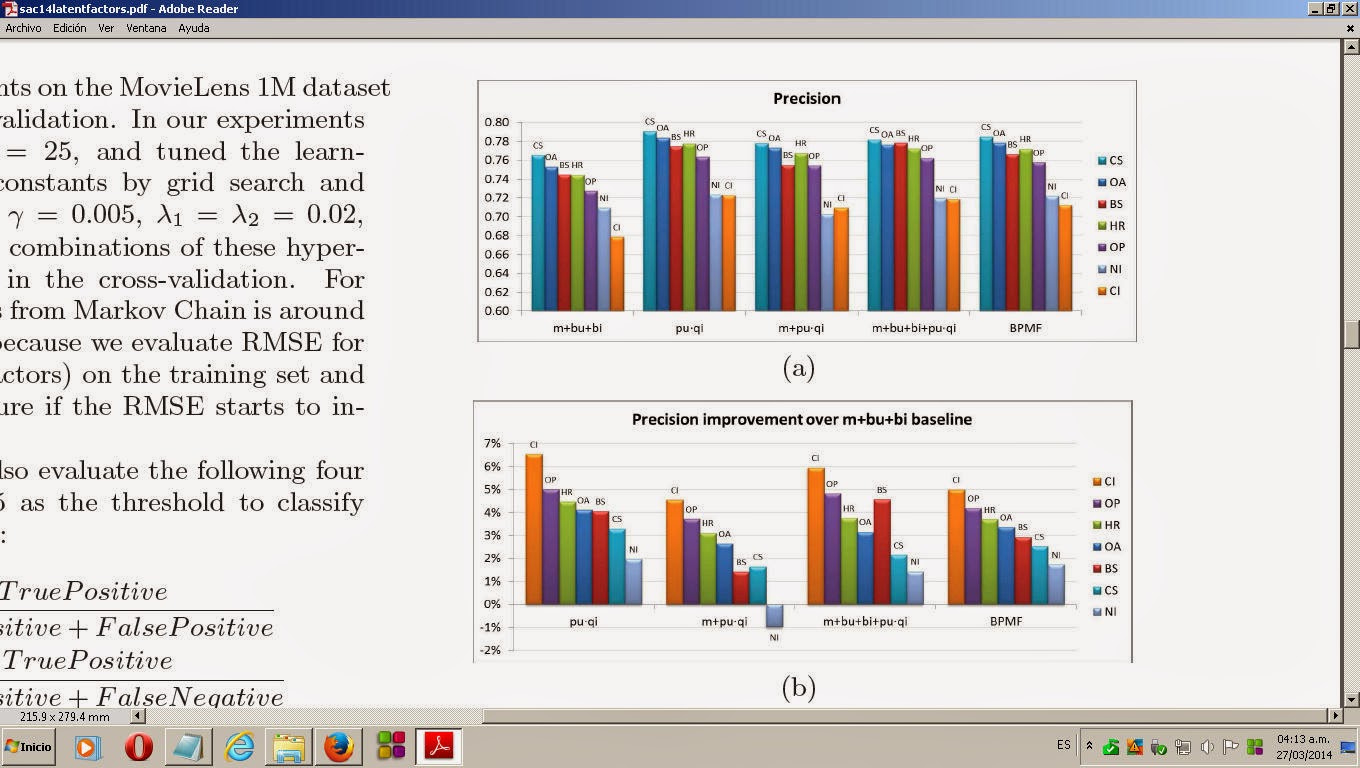 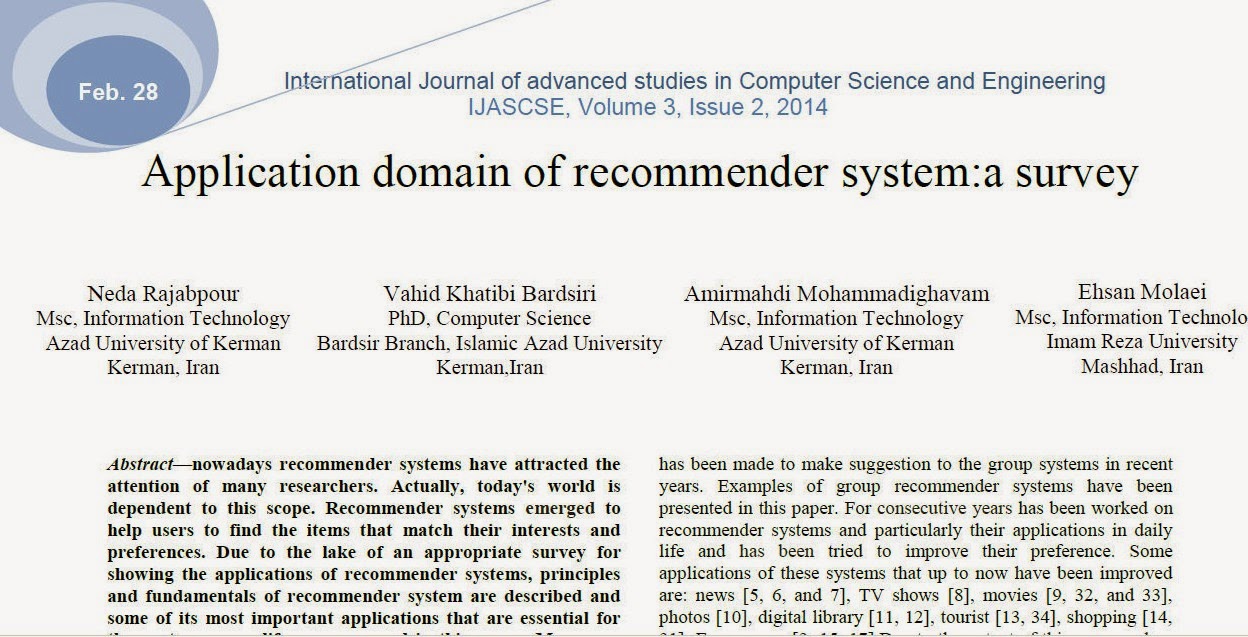 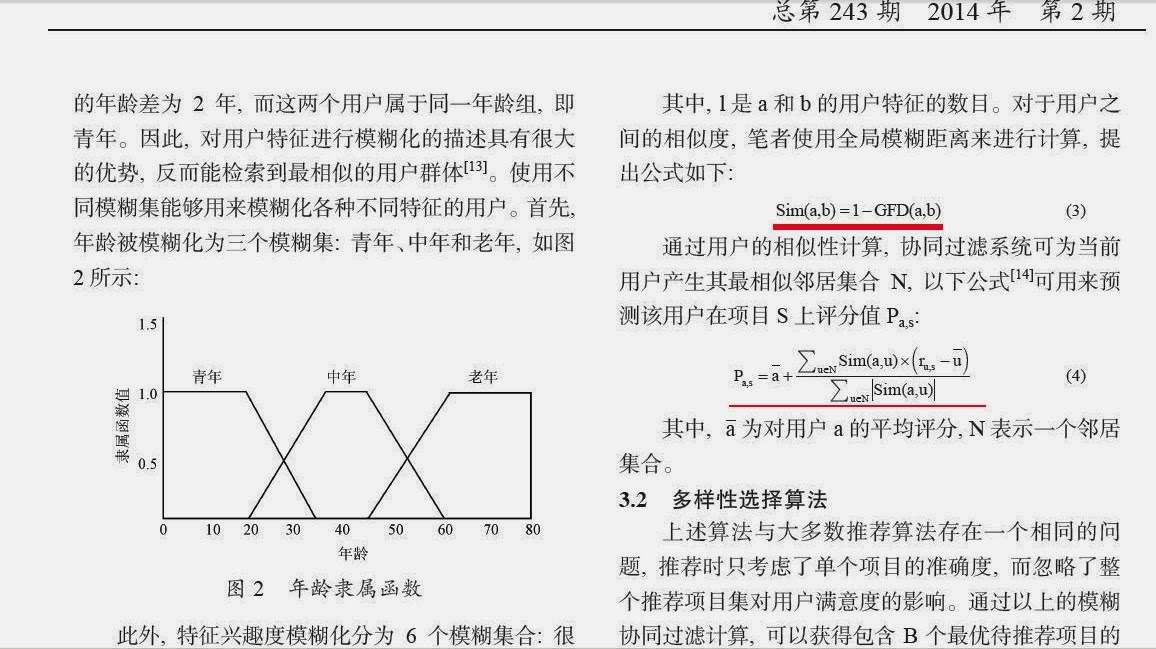 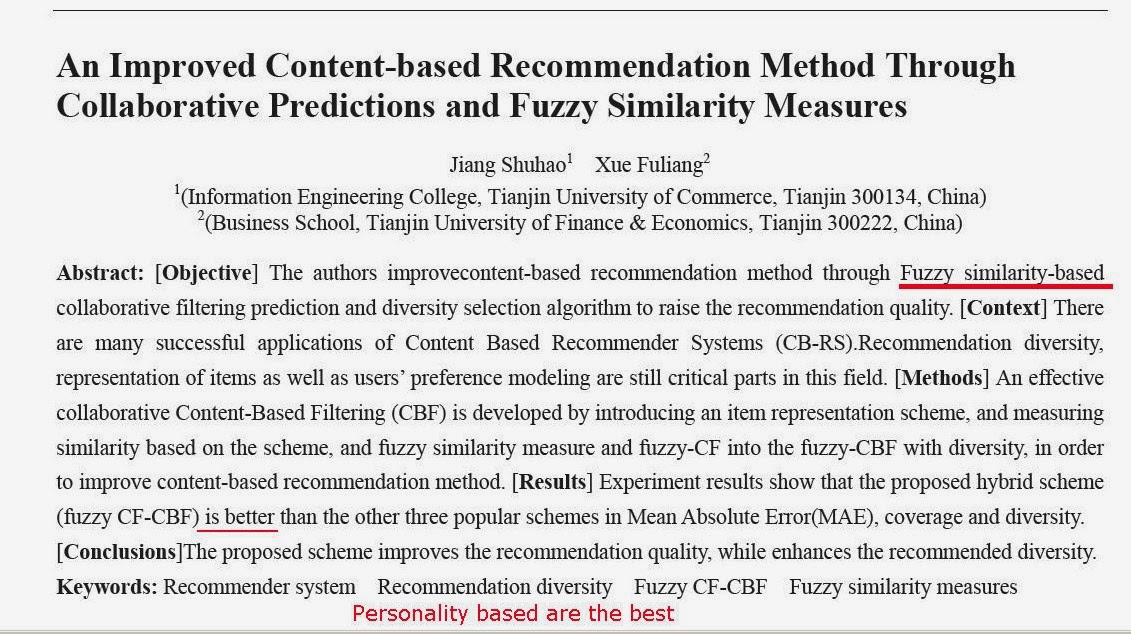 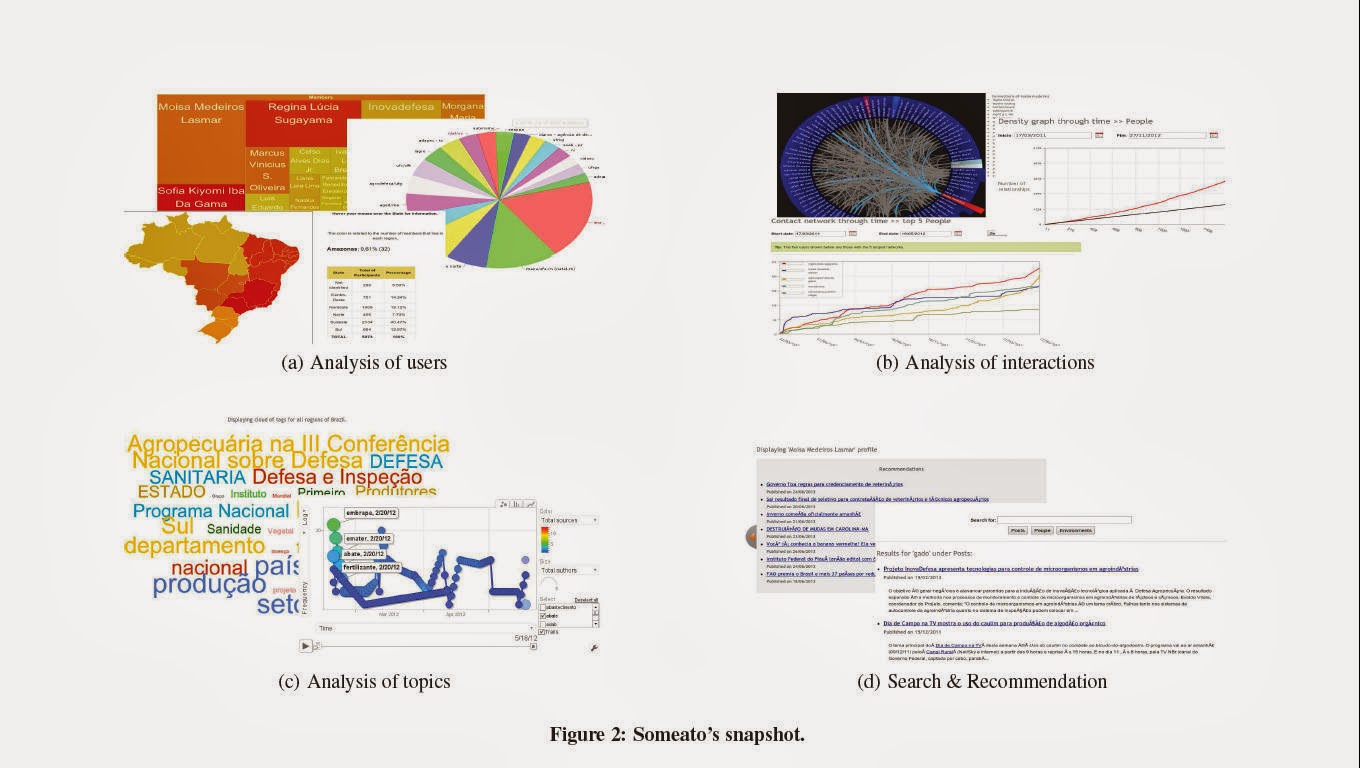 I had contacted some of those authors to tell them:
Do you know that Personality Based Recommender Systems are the next generation of recommender systems because they perform far better than Behavioural ones (past actions and pattern of personal preferences)?
That is the only way to improve recommender systems, to include the personality traits of their users. They need to calculate personality similarity between users but there are different formulas to calculate similarity. In case you had not noticed, recommender systems are morphing to .......... compatibility matching engines, as the same used in the Online Dating Industry since years, with low success rates until now because they mostly use the BIG 5 to assess personality and the Pearson correlation coefficient to calculate similarity.
The BIG 5 (Big Five) normative personality test is obsolete. The HEXACO (a.k.a. Big Six) is another oversimplification. Online Dating sites have very big databases, in the range of 20,000,000 (twenty million) profiles, so the BIG 5 model or the HEXACO model are not enough for predictive purposes. That is why I suggest the 16PF5 test instead and another method to calculate similarity. I calculate similarity in personality patterns with (a proprietary) pattern recognition by correlation method. It takes into account the score and the trend to score of any pattern. Also it takes into account women under hormonal treatment because several studies showed contraceptive pills users make different mate choices, on average, compared to non-users. "Only short-term but not long-term partner preferences tend to vary with the menstrual cycle".

If you want to be first in the "personalization arena" == Personality Based Recommender Systems, you should understand the ............ Online Dating Industry first of all!

Please see my own project at:
http://onlinedatingsoundbarrier.blogspot.com.ar/2013/06/the-next-wave-of-innovation.html