NEW PAPER: "The relations between actual similarity and experienced similarity" 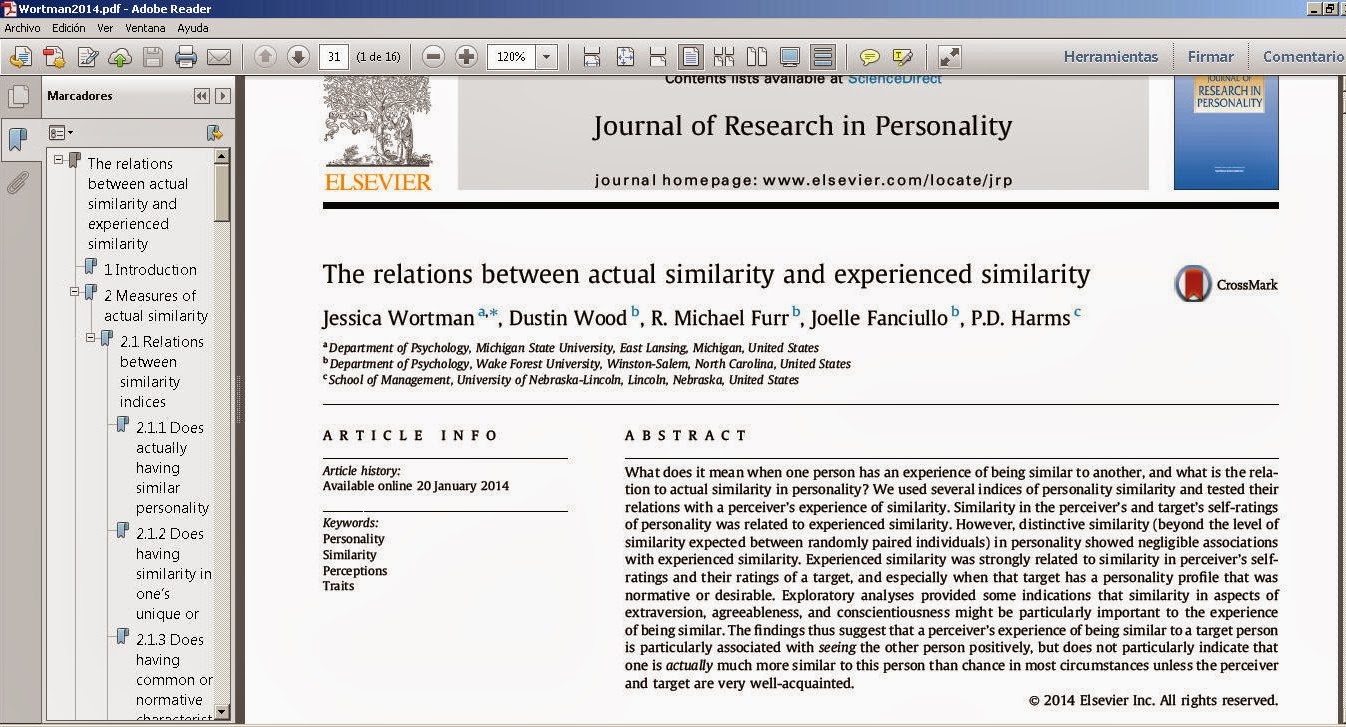 NEW PAPER: "The relations between actual similarity and experienced similarity"

Please remember: Big Five normative test had been proven/revealed as an incomplete and incorrect model to assess/measure personality of persons. Now replaced by HEXACO or Big Six test.


Please read also:
PAPER "On the similarity between exchangeable profiles: A psychometric model, analytic strategy, and empirical illustration"
paper "The many faces of assumed similarity in perceptions of personality"

Similarity is a word that has different meanings for different persons or companies, it exactly depends on how mathematically is defined. I calculate similarity in personality patterns with (a proprietary) pattern recognition by correlation method. It takes into account the score and the trend to score of any pattern. Also it takes into account women under hormonal treatment because several studies showed contraceptive pills users make different mate choices, on average, compared to non-users. "Only short-term but not long-term partner preferences tend to vary with the menstrual cycle".