PAPER The Dark Triad, the Big Five, and the HEXACO model 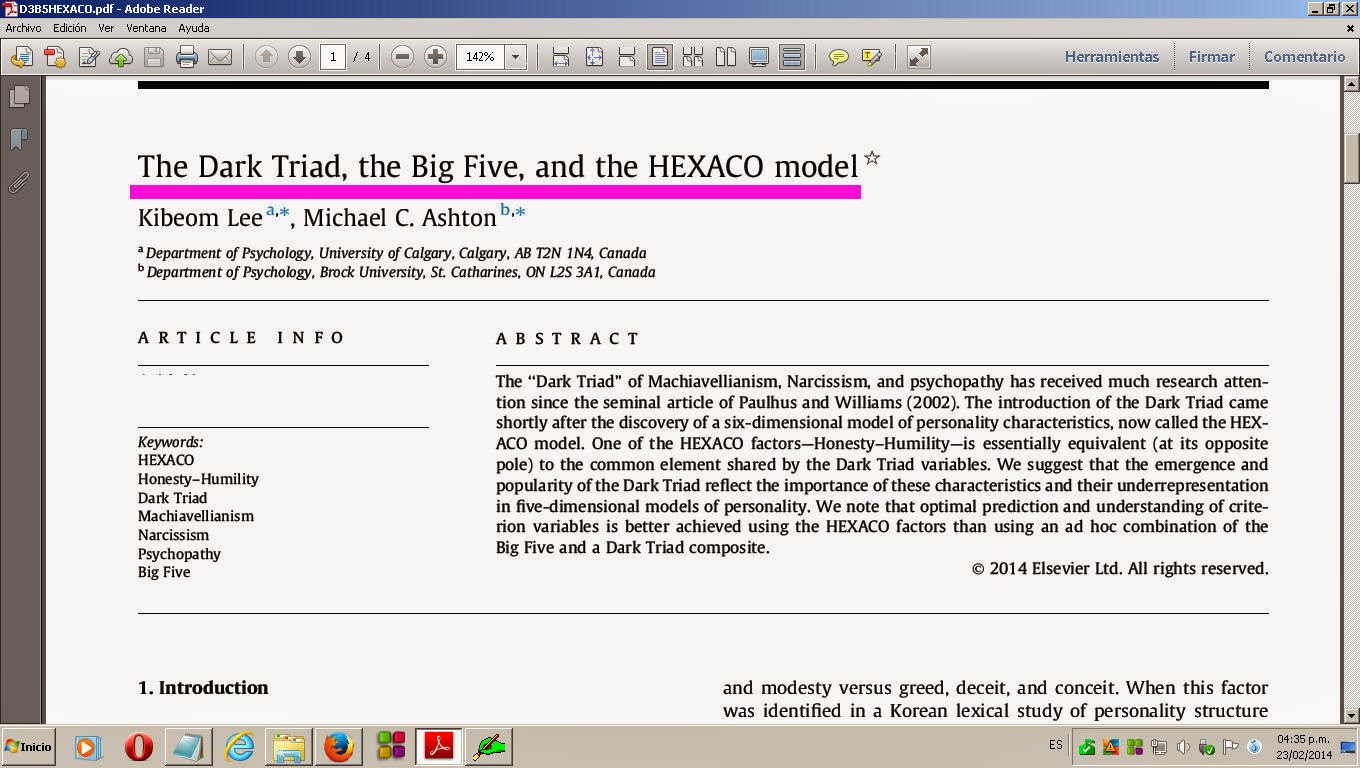 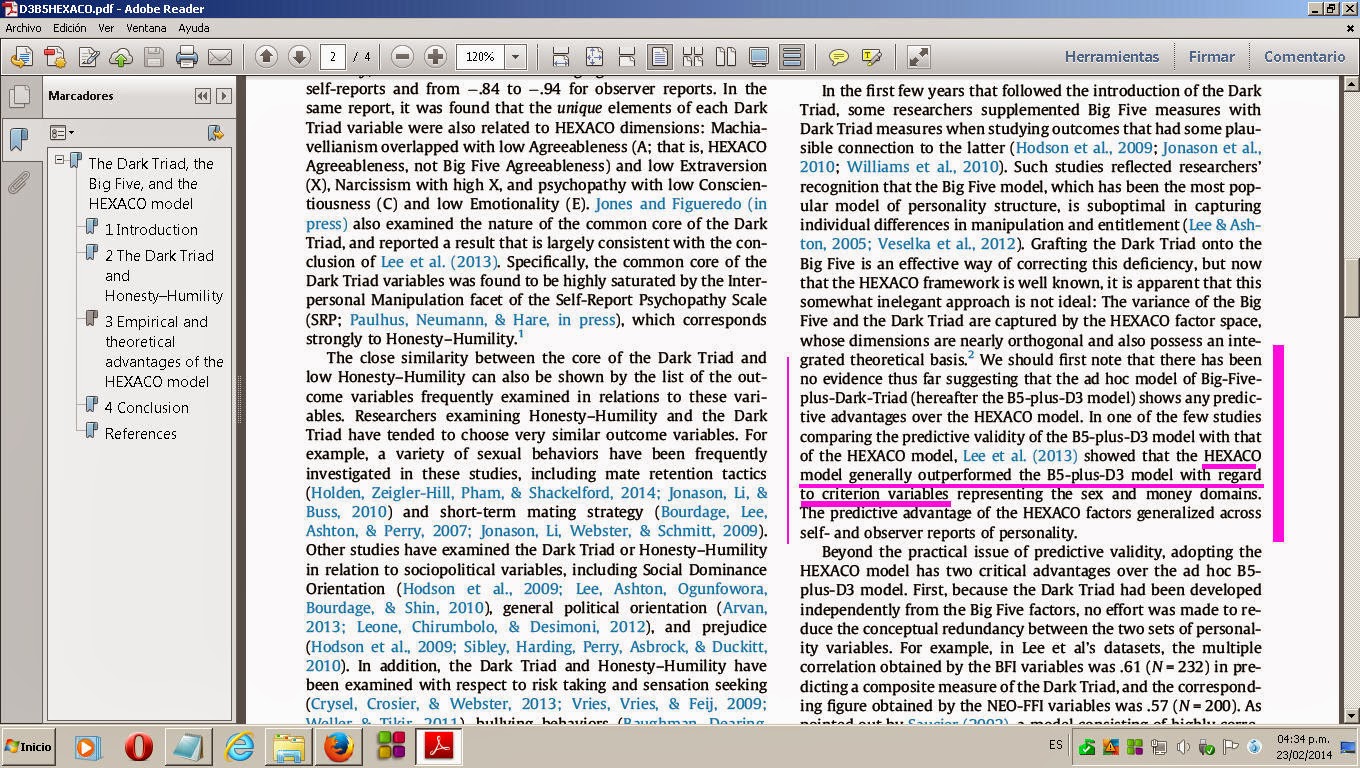 The Dark Triad of Machiavellianism, Narcissism, and psychopathy has received much research attention since the seminal article of Paulhus and Williams (2002). The introduction of the Dark Triad came shortly after the discovery of a six-dimensional model of personality characteristics, now called the HEXACO model. One of the HEXACO factors—Honesty–Humility—is essentially equivalent (at its opposite pole) to the common element shared by the Dark Triad variables. We suggest that the emergence and popularity of the Dark Triad reflect the importance of these characteristics and their underrepresentation in five-dimensional models of personality. We note that optimal prediction and understanding of criterion variables is better achieved using the HEXACO factors than using an ad hoc combination of the Big Five and a Dark Triad composite.